A New Jersey man names Bruce Springsteen as the reason his marriage has failed.

Businessman Arthur J Kelly says wife of 17 years Anne has been carrying on an affair with Bruce Springsteen, according to a complaint filed in the Monmouth County, New Jersey Superior Court.In the divorce papers, Arthur claims his soon-to-be ex “has committed adultery with one Bruce Springsteen, who resides in Rumson, N.J., and Colts Neck, N.J., at various times and places too numerous to mention.”Arthur wants joint custody of the couple’s two â€˜tween daughters, 13 and 10, and wants Anne to pay child support as well as a chunk of the girls’ college education, insurance and extracurricular activities and summer camp costs. 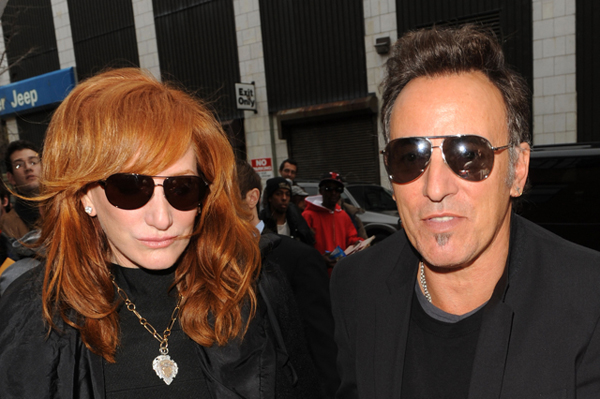 This is not the first time Springsteen has been mixed up in a cheating scandal. His first marriage to actress Julianne Phillips ended amidst allegations he was cheating with band member Patti Scialfa, to whom he is currently married.In 2006 Springsteen was often seen with a 9/11 widow, spurring rumors of another affair — which he flatly denied on his website, calling the stories “unfounded and ugly rumors,” and said his marriage “remains as strong as the day we were married.”So how about this new allegation, Bruce?His lawyer says, “Bruce stands by his Aug. 28, 2006, statement.”