Demi Lovato shares life in the spotlight after rocking April 7 Dancing with the Stars. Lovato took a few minutes to talk to SheKnows about what life is like as a teen idol whose fame is approaching Miley Cyrus status. 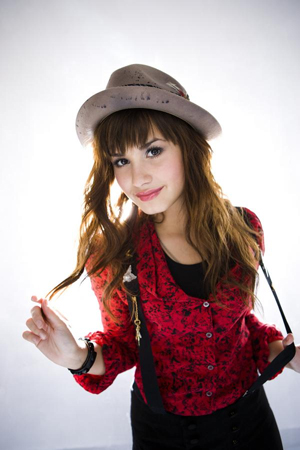 Lovato is 16 and has become a fixture to Disney Channel audiences as Sonny Monroe in Sonny with a Chance. Also a stalwart on Disney radio, Lovato’s music career has crossed over to mainstream success with her hit This is Me– her duet with Joe Jonas.

The song was from the Disney Channel original film Camp Rock that starred Lovato and The Jonas Brothers.

After the huge success of that film, Lovato has not looked back.

Lovato’s biggest honor, she says, is performing for the Kids Inauguration in front of Michelle, Sasha and Malia Obama. Her powerful set eclipsed the Jonas Brothers and Miley appearances in this writer’s mind. Watching her on the April 7 Dancing with the Stars further reinforced the fact that one, Lovato has incredible singing talent and two, this singing actress’ career is simply in its infancy.

Hail to the new chief

SheKnows: What was it like to be in Washington, D.C. during inauguration weekend?

SheKnows: And for you to be asked to perform for that particular concert for the Kids Inauguration, how honored were you?

Demi Lovato: When I found out, I actually cried because I’m not going to be a part of history, in a way everyone who was there was a part of it. Just even being there and be in Washington at that time in our history is incredible.

SheKnows: Did you get meet Sasha and Malia Obama?

Demi Lovato: I met Sasha and Malia and Michelle Obama. They were just so incredibly nice and down to earth. It was insane they were so nice.

SheKnows: Speaking of performing in front of people, you just did Dancing with the Starsin front of 25 million, you also have a tour coming up, is that correct?

Demi Lovato: I do. I’m going to start my headlining tour this summer. I could not be more excited (laughs). 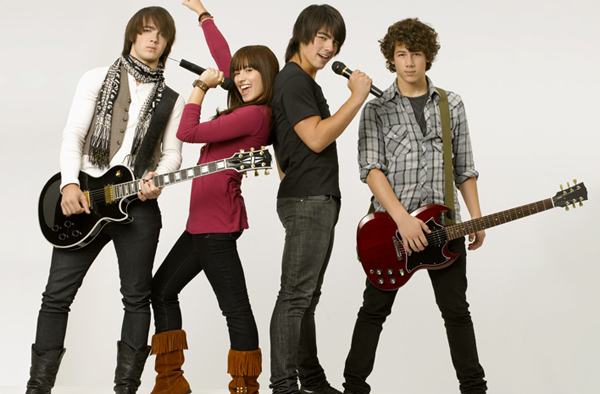 SheKnows:Before you hit the road for something like that, particularly when the whole show rests on your shoulders, I know you said you’re excited, but are there any nerves or apprehension or are you just all gung ho?

Demi Lovato:I’m gung ho to go! No matter if I’m just performing one song (like on Dancing with the Stars) and opening or if I’m headlining the whole show, I’m going to put on the same show. I take every performance not too seriously, but I do want to do my best. I want to have as much fun as I’m allowed to on stage. I’m definitely excited. Of course, there’s pressure. To me, I’m not crazy worried if I don’t sell out. I’m just having a good time this summer.

SheKnows:Plus, I’d like to know the added aspect of you go into millions of households on the Disney Channel, here when you’re headlining a tour, these people are there to see you. That’s got to be an added plus that you can put some faces with the millions that are following your career?

Demi Lovato: It’s so true. People get star struck when they meet someone they’ve never met who’s on TV. For me, it’s kind of the opposite. I get star struck because I’m getting to meet the people behind the TV. It’s almost the same feeling. I’m so excited to be there and meet the people that give me what I have been blessed with. 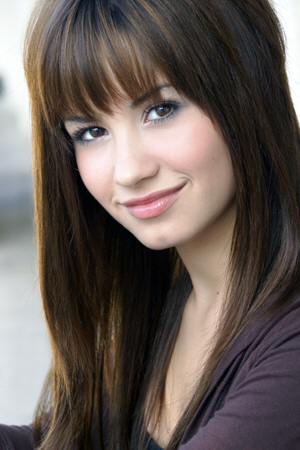 SheKnows: Speaking of being blessed, you are blessed with such an innate talent, when do you first remember exhibiting that talent?

Demi Lovato: The first memory I have of wanting to be a singer or actress was in Kindergarten. We had a talent show at my Elementary school and that’s when I decided to sing something. I messed up and I could have given up right then and there and say I’m never going to sing again. But, it means so much to me and I had so much fun out there that I thought ‘you know what? Suck it up and sing for the rest of your life because that felt awesome.’ Whether I became famous from doing it wasn’t ever on my mind when I was kid. I honestly just wanted to keep singing because that’s all I wanted to do every minute of the day basically.

SheKnows: You have shared the stage with some of pop’s biggest stars including the Jonas Brothers and Miley Cyrus, is there someone out there would you like to perform with in the near future?

Demi Lovato: It would be, it’s one of my biggest dreams, to perform with two people. One, Kelly Clarkson, who has been my number one Idol since the first episode of American Idol (laughs). Secondly, I would also be an incredible dream to play with John Mayer one day.

SheKnows: How has your family aided you in truly keeping your feet on the ground? You are remarkably so down to earth.

Demi Lovato: I don’t think I ever got any advice. I think it’s a matter of support. No matter how much advice people give you, it sometimes can always be the same thing in a way. What really matters to me is when people are there for you no matter what. When they give you support by lending a helping hand in whatever situation you’re in — that’s the best thing my parents and my family could have given me. That’s what matters the most.

The Jonas Brothers: the SheKnows interview
Miley Cyrus wants a Sex and the City for teens
Demi Lovato, Miley and the Jonas’ play for the Obamas