Jennifer Garner is riding a personal high with a new baby and a new film, Ghosts of Girlfriends Past. 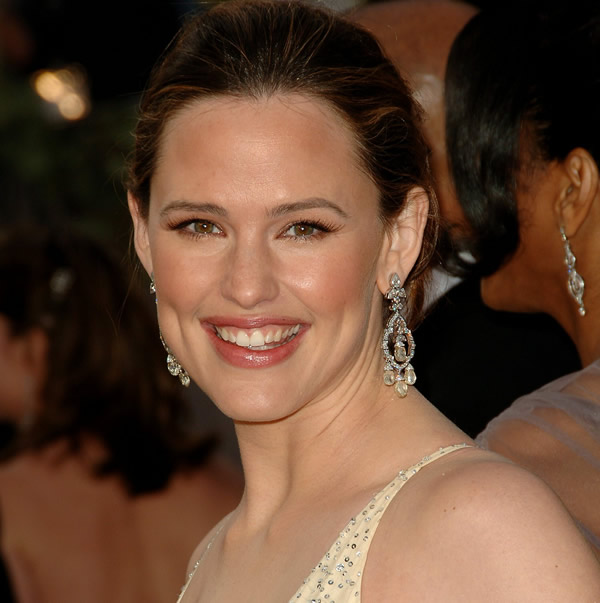 Today she is one of the brightest stars in Hollywood, but Jennifer Garner started out just a regular girl from a regular family, just like the rest of us. Jennifer was born in Houston, TX to an English teacher and a chemical engineer. She studied ballet for nine years and played the saxophone in the school band — both activities fostering her love of the stage.

In New York, Jennifer received her first role: an understudy in the play A Month in the Country, earning $150 a week. Jennifer landed her first small screen role in Zoya, based on a Danielle Steele novel. She eventually landed a recurring role on Felicity, where she met future husband Scott Foley and future career shaper JJ Abrams.

While Jennifer’s marriage to Foley was short-lived — the couple divorced after four years — her professional relationship with Abrams was much more fruitful. Abrams cast Jennifer as Sidney Bristow in the wildly successful show Alias, a role for which she received four consecutive Golden Globe and Emmy nominations.

The success of Alias threw open the doors for Jennifer’s film career. The filmography of the tough-but-sweet actress includes Catch Me If You Can, Daredevil, Elektra, 13 Going On 30, The Kingdom, Catch and Release and the upcoming Ghosts of Girlfriends Past with Matthew McConaughey. Her pivotal role in Juno as a young wife desperate to be a mother earned critical acclaim. She even took a turn on Broadway in 2007, playing Roxanne in Cyrano de Bergerac opposite Kevin Kline.

Jennifer is part of one of the most photographed families in Hollywood. She and husband Ben Affleck — who worked together on several films, including Pearl Harbor and Daredevil, before becoming an item — are often snapped bringing daughter Violet Anne to school or running errands around their LA neighborhood.

The couple, who wed on Bruce Willis’ Turks and Caicos compound in 2005, recently welcomed a new face to their photogenic family: a second daughter, Seraphina Rose Elizabeth Affleck.

But it is not all work and family for Jennifer Garner — the talented actress also finds time to give back. Jennifer has supported multiple charities, including A-T Children’s Project, Broadway Cares/Equity Fights AIDS, Cedars-Sinai Medical Center, Clothes Off Our Backs, International Medical Corps, Make Poverty History, National Center for Missing and Exploited Children, Pediatric Epilepsy Project, Project (RED), and The Art of Elysium.

What’s next for Jennifer Garner? Her own production company, Vandalia Films, is set to release two films in 2009: Sabbatical and Be with You. She has also been confirmed to star in Butter, a political satire about the small-town world of competitive butter sculpting.