A Malawi court denied a request by Madonna to adopt a second child from the African country, citing residency laws. 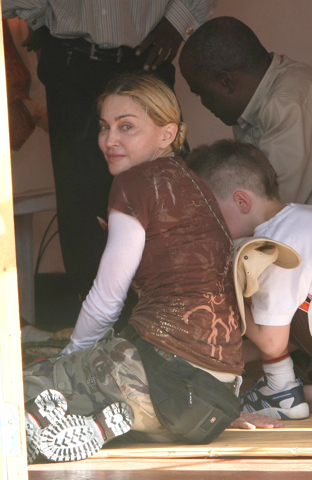 A local judge ruled that the adoption of four-year-old Mercy James could not go through because the law states adoptive parents must be residents of the country for at least 18 months. This same law was sidestepped when Madonna adopted her son David from Malawi two years ago.The ruling states:”Put simply courts do make law by the process of precedence and Miss Madonna may not be the only international person interested in adopting the so-called poor children of Malawi.By removing the very safeguard that is supposed to protect our children the courts by their pronouncements could actively facilitate trafficking of children by some unscrupulous individuals who would take advantage of the weakness of the law of the land.Anyone could come to Malawi and quickly arrange an adoption that might have grave consequences on the very children that the law seeks to protect.Having considered this then, at the end of the day I must decline to grant the application for the adoption of the infant CJ.”Madonna is said to be “spitting blood” over the decision, according to The Sun, and even Guy Ritchie has come to her defense.”Madonna is a fantastic and loving mother who cares deeply about her own children, and children who may need additional help and support,” Ritchie says.”I fully supported Madonna in her decision to apply for this adoption, and I am saddened that her application has been rejected. She is motivated only by being a caring parent who seeks to share some of the advantages and opportunities that her life has given her. This time it did not work out, but there will be other opportunities and I wish her well in them. She is a great mum.”But Madonna won’t take this lying down. Lawyer Alan Chinula tells reporters, “I just filed the notice of appeal this afternoon on instructions from my client.”Will she find a way to buy this baby like she was accused of buying David?