Celebrities are speaking out about domestic violence and the allegations that Chris Brown attacked girlfriend Rihanna the morning of the Grammys. 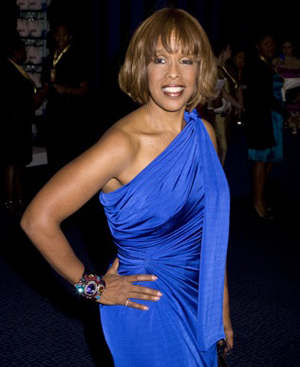 Stars attending last weekend’s NBA All-Star festivities in Phoenix were asked to weigh in on the situation.Oprah’s BFF Gayle King was particularly vocal about Brown’s vague, formulaic public apology. “Right now I can’t think of anything that makes me support anything that Chris Brown is saying at this time. And my heart just aches for Rihanna.”But actress Gabrielle Union is staying neutral — at least publicly. “I know them both,” she says. “Unfortunately, no one knows all the facts yet… what I think is great about this unfortunate situation is it can get us talking about violence…violence is never the answer. It’s good to get that dialogue started. I wish this wasn’t the catalyst for that… it’s never good to use violence as a means to an end.”Akon, who has dealt with his own legal woes this year after tossing a teen off stage at a concert, threw his support Rihanna’s way. “Keep doing what you’re doing baby. Keep things positive!” He adds, “She’s a strong woman. I think she’ll get through it.”Eliza Dushku put it the most bluntly: “Any way, shape or form of domestic violence is inexcusable in my book.”Rihanna herself has yet to release a statement.