John Travolta and his family, despite suffering unimaginable loss, are now dealing with an extortion plot. Authorities in the Bahamas have arrested three people in connection to an extortion plot against the Travolta family.

In the wake of the death of son Jett Travolta, the three were negotiating a payoff of between $10 to $20 million in return for keeping undisclosed, yet we can assume damaging, information on the teen’s fatal accident.Jett died in early January after suffering a seizure which caused him to fall and hit his head in his bathroom while the family vacationed in the Bahamas. 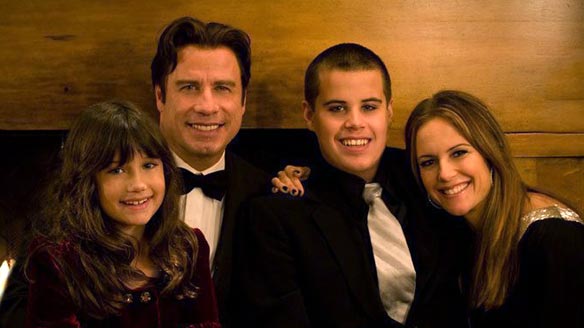 Ambulance driver Tarino Lightbourne, former tourism minister Obie Wilchcombe and Sen. Pleasant Bridgewater are under investigation for conspiracy to extort. Lightbourne, an EMT who was a first responder to the scene of Jett’s accident, gave several interviews in the days after the teen’s death describing efforts to revive him.Wilchcombe has described himself as a friend of Travolta and has said he met with the actor shortly after Jett’s death. He appeared on Larry King the night of Jett’s death to talk about the family’s grief.Bridgewater’s connection to the family is unclear, but she released a statement shortly after her arrest, saying only, “How these innocent actions can be so misconstrued, so perversely twisted to mean something other than it was, is a mystery.”The Travolta family has provided taped conversations to investigators that captured the negotiations with the alleged extortionists. The really interesting info — what these guys have against the family that is worth $20 million to keep quiet — is, of course, still being kept quiet.