Beyonce will croon a mystery song to Michelle and Barack Obama during their first dance on Inauguration night. Early sources say it may be Etta James’ At Last. 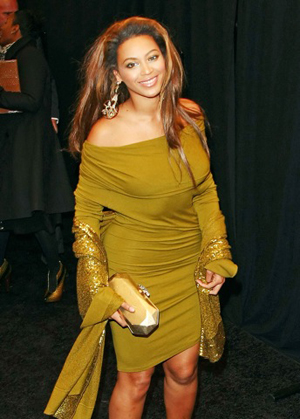 The ball is separate from the Inauguration concert, where Beyonce is also performing.

The Neighborhood Ball is being held for Washington, DC residents and will be broadcast live on ABC and streamed with an interactive component online. This is the first time the ball is being held and was designed by Team Obama as “a celebration designed to make the inauguration open and accessible to all people.”

Beyonce expressed her eagerness to perform for the new President the day after the election. “Whatever they want — if they need me to volunteer, they need me to sing, I’m there, and I’m ready,” she said.

So what will Beyonce sing? “It is our hope that we can keep the song secret until the moment,” said Presidential Inaugural Committee spokeswoman Linda Douglass.

My vote is for Bootylicious, although it would be equally as awesome to see Michelle and Barack do the Single Ladies