A former lover of Oprah Winfrey claims the media queen frequently abused drugs with him in the ’80s. Most shocking is his claim she was still using while she taped her show! 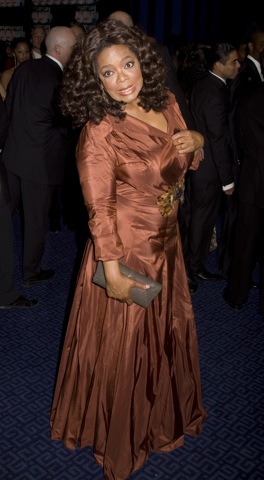 Randolph Cook claims that Oprah taught him how to freebase, and that the couple smoked crack together often during the course of their six-month relationship.

Winfrey has admitted to past use of crack, but claimed it was a short stint in the ’70s that she blamed on a “desperate obsession” with an ex — a good ten years prior to what Cook is claiming.

Cook also says that Oprah “was still under the influence while doing her show.”

And it gets even more shocking.

The National Enquirer says that during a 2007 investigation they found “secret 17-page court document in store rooms at Chicago’s National Archives and Records Administration that support Cook’s shocking drug claims.”

According to the tabloid, the papers, titled “Defendant Oprah Winfrey’s Answer to Plaintiff’s Amended Complaint At Law,” states:


“Americans have placed Oprah on a pedestal that has been seemingly invincible until now,” he said.