Beyonce, Bruce and Shakira will headline the Inaugural celebration for president-elect Barack Obama on January 20. 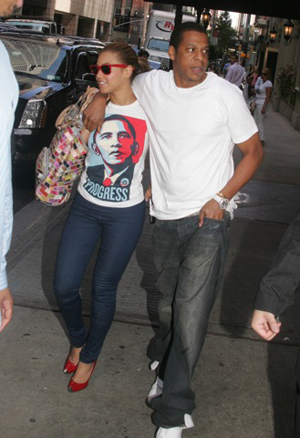 Executive Producer George Stevens was given the go-ahead to put the show together by the Presidential Inaugural Committee two and a half weeks ago, and it has been smooth sailing since then.

“On that first day, we asked Springsteen, Bono and Garth Brooks within a period of 45 minutes and got three `yeses,'” Stevens says. “We said, `This is going to be fun.'”

The show, titled We Are One: The Obama Inaugural Celebration at the Lincoln Memorial, is themed toward national unification. Instead of performing their recent hits, stars will be sharing material relevant to Obama’s historic occasion. Springsteen will perform The Rising, for example, and another artist will be asked to perform Sam Cooke’s A Change is Gonna Come

“The list of stars is impressive,” he says. “But this is not a show biz, glitzy occasion. It’s going to be rooted in history, remembering the great president (Lincoln) who led us through difficult times.”

Sunday’s HBO feed will be open, meaning even those who do not subscribe to the pay cable channel will be able to watch.