When actress Amanda Tapping began work on Stargate SG-1 back in early 1997, she wasn’t even sure the series would even last beyond the initially-contracted two-season run on Showtime. So of course, the idea that the show would ultimately last more than 10 seasons and break Neilsen ratings records was too far-fetched to even consider.

Now starring in her own series on the SyFy Channel, Sanctuary, Amanda Tapping shared her thoughts with us about projects past and present, the best and worst parts of her job now, and whether or not we’ll ever see her again in the Stargate realm. 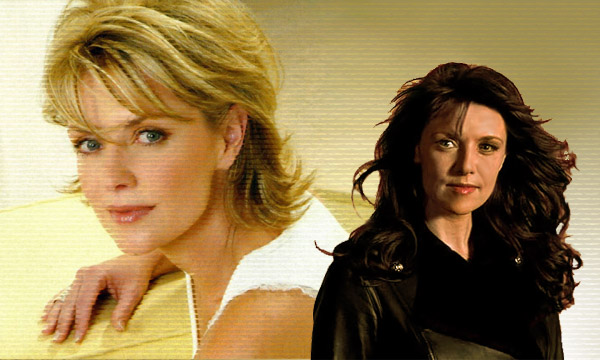 Given how seemingly every media outlet in the world drenches us with 24/7 celebrity updates, it’s no wonder we envision the life of an actress to be oh-so-sweet. You know: Between shooting scenes, hang out on-set in a posh trailer. After “working” for a few hours, take a limo back to fancy Beverly Hills home, go out at night to party with Hollywood hotties and other celebs, head back home… and then do it all over again.

But for actress Amanda Tapping, such a lifestyle is truly the stuff of fiction. Apart from the fact that she lives and works in Vancouver, Canada — some 1200 miles north of Hollywood — you can forget the parties, the hotties, the limos and the leisure time. She’s much too busy, and too goal-oriented, to bother with all that.

In fact, this “Queen of Sci-Fi” (so dubbed by the fans) has just two things on her agenda right now: family and work. And that short list consumes pretty much every moment of every day, whether or not she’s actively shooting her show, because — as you will find out — Tapping has thoroughly earned her new Executive Producer title.

From Stargate to Sanctuary

After 10 years and 200 episodes of Stargate SG-1, Tapping served one more year on Stargate Atlantis as Major Samantha Carter before leaving that universe to create another.

Stargate fans who tuned into her new TV series, Sanctuary, were surprised to see “their” Sam with dark hair, speaking with a British accent and going about her new duties with a wise, almost matronly, manner. (Guys, you’re in luck: The new gal knows her automatic weapons, too.)

Although Sanctuary airs on the Sci-Fi channel, it’s set on Earth, primarily in the modern day, with nary a means of interstellar travel in sight. Still, the program offers viewers a healthy helping of science with its fiction.

Leaving the world we know behind

In the new series, Tapping plays Dr Helen Magnus, a 157-year-old woman from England’s Victorian era who hardly ages due to… well, let’s just call it a little college drug experimentation. She runs the titular Sanctuary — a home for creatures great and small, legendary and supposedly mythical, some dangerous… and all freaky. 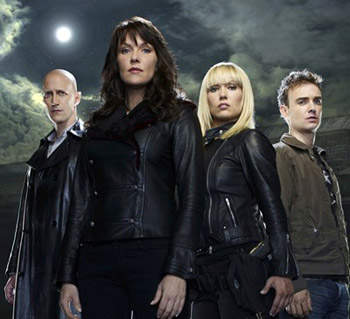 (Seriously: The Loch Ness Monster and Harry Potter’s house elf have nothin’ on some of these beasties.)

These “abnormals” live among us regular humans, and are largely feared because they’re misunderstood, à la Wicked. By housing the abnormals at the Sanctuary, Dr Magnus keeps them safe, stops them from harming the populace — and, since they’re there anyhow, carries out some research and cataloging.

One thing that truly sets the show apart are the visuals, which are magnificent both in style and in scope. This small-budget venture is able to create elaborately-detailed scenes and sweeping views because it shot against a green screen. In post-production, the background is replaced with realistic digital renderings of almost anything the writers and producers could imagine: catacombs under Rome, the middle of the Bermuda triangle, a plane crash on a snowy mountaintop, and the gothic architecture of the vast sanctuary itself.

We had the chance to talk one-on-one with Ms Tapping, and found out how, over the course of a decade, her career has grown from chasing spaceships and System Lords to include babies and balance sheets.

NEXT PAGE: Start the interview!