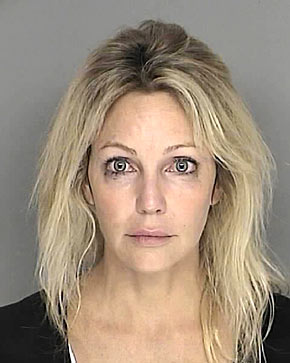 The misdemeanor reckless driving plea replaces the DUI charges brought by prosecutors. They believed that although Locklear didn’t have any alcohol in her system, she was under the influence of a controlled substance.

According to attorney Blair Berk, “Heather will have to pay a $700 fine, be on informal probation for three years and attend a 12-hour drug education program.”

Locklear was not formally charged until November, after a lengthy investigation into her arrest. The DUI charge has been dismissed as part of the plea deal.

This is good news for Heather, who is gearing up for a rumored Melrose Place spin off.

“The CW is courting Heather Locklear,” a source tells E!.

“I don’t think anyone else from the original has been approached yet.”