U2 fans, there is news. They are returning at long last with a new album. 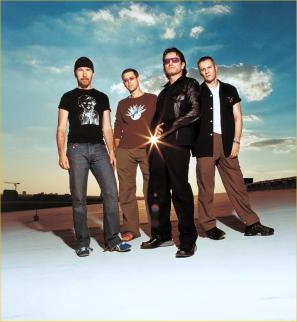 U2’s new album will hit shelves in the new year and let all rejoice! What’s one of the hottest bands with endurance, with staying power, with – let’s say it together now: talent?

You got it: U2. Their next album, No Line on the Horizon, is a long-awaited follow up to their 2004 multi-platinum How to Dismantle an Atomic Bomb. While it’ll be released on March 2nd, there’s no doubt about it, fans everywhere can expect a winner.

Get this – the rockers went to four studios for the new U2 album. They went to their own studio in Dublin, Manhattan’s Platinum Sound Recording Studios, Olympic Studios in London and one in Fez, Morocco.

Plus, three of their lifelong producers worked on the album whose past credits include The Joshua Tree, Achtung Baby and Bomb.