Paris Hilton was the victim of a high-priced heist last night, when a burglar took off with $2 million in jewelry and other belongings from her Hollywood Hills home. 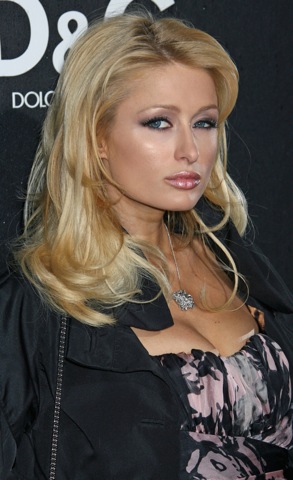 The robbery took place before five in the morning. The thief entered the house easily, as Paris, the greatest mind of our generation, left a door unlocked. She was not home at the time of the break-in.

Police say a man wearing a hoodie and gloves ransacked the bedroom of the socialite, took unknown property including some pricey jewels, and fled. The home is equipped with security cameras.

A security guard saw the thief and reported a forced entry to the police at 5 AM. Cops then discovered the unlocked door.

Where was Paris? She was definitely in LA — spies caught her partying at Bar Deluxe with singer Katy Perry and blogger Perez Hilton (where Brandon Davis allegedly threatened to punch Perez in the face, by the way).

Paris recently told Esquire magazine, “The best thing I’ve ever bought with money is my house. Having a nightclub in your house really helps for having a party.”

Is it possible that one of her past party guests let himself back in?

Paris Hilton enters the Presidential fray
Paris and Benji…and SheKnows!
Want to smell like Paris? With Paris Hilton’s perfume, you can