Brad Pitt has admitted in an interview with Rolling Stone what Angelina Jolie said months ago is true. The couple coupled during the filming of Mr. and Mrs. Smith, while Brad Pitt and Jennifer Aniston were still married. Someone get Jennifer Aniston on speed dial! 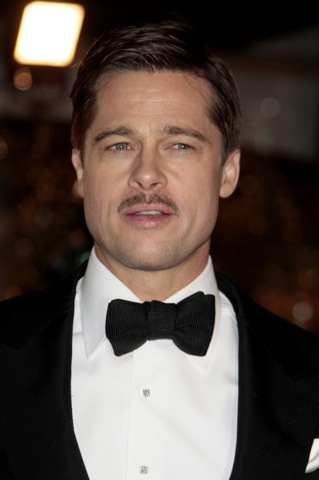 When asked by Rolling Stone what his favorite Angelina movie is, Brad Pitt answered, “Mr & Mrs Smith. Because you know… six kids. Because I fell in love.”

No, really, please tell us something we don’t know. The denials that originally came from Angelina Jolie on this issue were frankly insulting to the public’s intelligence.

Aniston recently told Vogue that Angelina’s telling of the true tale — that the couple did indeed fall in love during the filming of Mr & Mrs Smith — during summer press junkets was “very uncool.”

She later tried to back away from the statement, but told Oprah she answered as honestly as she could.

Ironically, Pitt also had this to say about Angie: “I think she’s as honorable as anyone I’ve ever met.”

Honorable, of course, is interesting terminology to use to describe your former mistress.

Pitt is currently doing press for his new flick The Curious Case of Benjamin Button, and filming the Quentin Tarantino flick Inglorious Basterds in Germany, for which he is sporting this porn-y moustache.