The estranged brother-in-law of American Idol alumnus Jennifer Hudson has been formally charged in the slayings of the singer’s mother, brother and nephew. 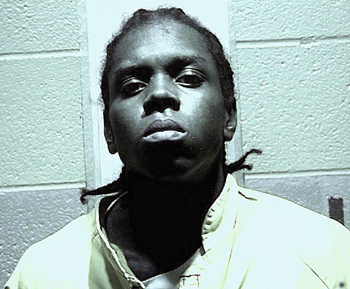 The Cook County State’s Attorney’s Office in Illinois, where the murders took place, placed William Balfour under arrest Monday, and filed charges Tuesday morning of three counts of first degree murder and one count of home invasion. Balfour stands accused of shooting the Oscar winner’s 57-year-old mother, Darnell Donerson, and her 29-year-old brother, Jason Hudson, to death in the family home outside of Chicago. The body of Hudson’s 7-year-old nephew, Julian King, was found two days later in an abandoned SUV, where it is believed he was killed.However, Balfour’s attorney Joshua Kutnick is fervently defending his client to the press. “They were under pressure because William is scheduled for a parole hearing tomorrow and, if successful, he would have been released,” Kutnick said. “The police have built this case on what some people may say…I strongly contend that these witnesses that are giving information to the police are not to be believed. They are self-serving statements.”Among those statements is one by Balfour’s girlfriend who told police that Balfour owned a gun resembling the .45 caliber weapon used in the murders and had confessed to the killings.Balfour has publicly maintained his innocence since he was detained on a parole violation. “They have a botched-up investigation, and they’re trying to pin it on him,” Balfour’s mother told the Chicago Tribune.Hudson and her family have yet to comment on the arrest.December 4, 2008