Travis Barker is suing everybody involved in the plane crash that left him and DJ AM severely burned. He is placing blame squarely on the dead pilots. 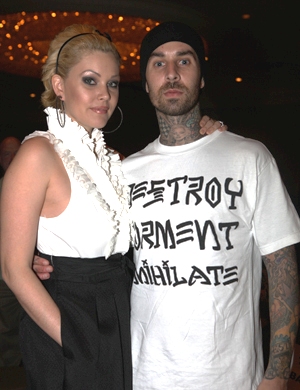 Barker and the mother of his bodyguard, Charles Still, who was killed in the crash, filed suit against Bombardier Inc., Clay Lacy Aviation and Goodyear Tire and Rubber in connection with the crash that ultimately killed four and severely injured Barker and DJ AM.Immediately prior to the crash, the pilots radioed to the flight tower that they believed one of the tires had failed and attempted to abort the takeoff. The lawsuit states, “The pilots were either poorly trained and/or failed to follow their training. The pilot’s decision was a breach of their duty owed to the passengers on board and was a substantial factor in causing the crash and resultant injuries and deaths.”The suit also claims that the plane’s “landing gear, tires, wheels, brakes, reverse thrust system, squat switches and component parts were not airworthy.”Barker is suing for an undisclosed amount for “pain and suffering, mental anguish, psychological and emotional distress, disfigurement, loss of earnings capacity and medical expenses.”A rep for Clay Lacy Aviation said, “We are surprised about the lawsuit and concerned and knowledgeable about the accident. We are sympathetic for the victims but we want to emphasize we were not operating this airplane. This was not our airplane. We merely assisted the parties in chartering this aircraft with another company. We simply booked it for them.”