Beyonce is a busy woman. First up is her latest record where she takes on an alter ego. I Amâ€¦Sasha Fierce hits stores November 18. The long awaited return of the pop princess after her marriage to Jay-Z is not her only project on the immediate horizon. 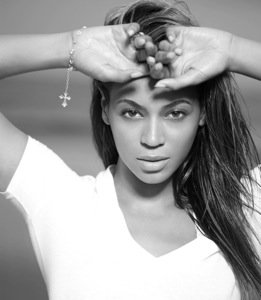 Beyonce is also staring as Etta James in the upcoming Cadillac Records as well as the casting rumors she is set to portray Wonder Woman. Producers have been trying to make a Wonder Woman film for years and with Beyonce’s interest, perhaps this project can finally get off the ground.

Sasha Fierce is a slight departure for Beyonce. On the track that defines why she created an alter ego album is Ego. The words say it all:

What to do? Create a double album with two identities!

In Cadillac Records, due December 2, Beyonce will tackle one of the most famous songs of all time. The lead single from the soundtrack will be the singer’s take on James’ At Last

The story of the rise and fall of Chess Records has Oscar buzz written all over it. Could it be this year’s Dreamgirls?

Oh, and by the way. Beyonce wants to headline President-elect Obama’s inauguration. For some reason, we can see that happening.