There is no love lost between musical legends Tina Turner and Aretha Franklin. 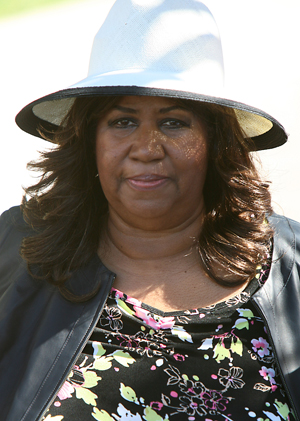 At last year’s Grammy awards, Beyonce introduced Tina as “The Queen.” This did not sit well with Aretha, who is often referred to as The Queen of Soul. Aretha made several statements about how offended she was by the perceived faux pas.

“Aretha has always been like that. We’ve always accepted that from her. She’s the queen of soul, and I’m the queen of rock ‘n’ roll. There were so many kings and queens there that night. Her ego must be so big to think she was the only one. That’s how queens are!”

Aretha is not amused. She responded to Tina’s statement with a statement of her own in USA Today:

“I have always appreciated what Tina Turner has to offer and had quietly cheered her on after Ike and her subsequent success. However, with respect to her statement concerning my ego clearly she was talking about herself as she described herself as the ‘Queen of Rock’ and saying ‘that’s what Queens do,’ particularly since she does not have a clue as to who I am in view of the fact that we have never met.

I never figured her to resort to tacky press just to sell a few tickets. I understand and I know that the concert market is down where ticket sales are concerned. I really had put her in a different class – higher than that. Finally, no one has been more gracious or complimentary to their peers than I have and I am confident and secure enough to do so, unlike some others. I wish Ms. Turner all the best, as I always have. Perhaps one day we will meet.”

SheKnows talks to Leo, what did he tell us about reuniting with Kate Winslet?
Lisa Marie Presley has twins!
Holly Madison and the Girls Next Door move out