Matthew Perry returns to the small screen on the DVD release of his film, Birds of America.

Birds of America is a comedy based on the intricate relationships between siblings. Morrie, played by Perry, is the leader of his pack. Morrie’s younger brother Jay, (Ben Foster, 3:10 to
Yuma, X-Men: The Last Stand), is frankly, homeless and his sister Ida, portrayed by Big Love’s cutie Ginnifer Goodwin, has her own pile of issues. 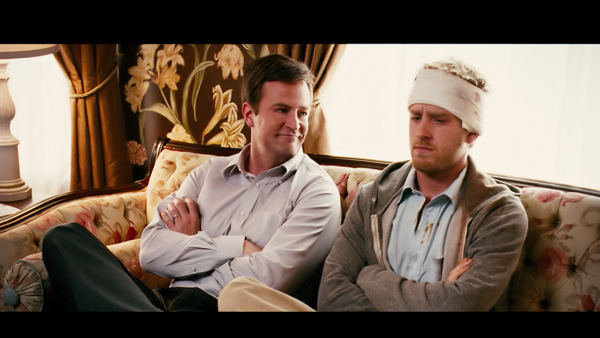 Meanwhile, Morrie’s wife Betty is played by Lauren Graham – our favorite Gilmore Girl – and she’s waiting to start a family while Morrie’s family seems to be
one big speed-bump towards that goal.

Don’t miss Birds of America when it arrives on DVD October 21.

Thanks to First Look Studios for this clip:

Matthew Perry in Birds of America

The Body of Lies review: this film rocks!