Body of Lies is the perfect film to break the War on Terror curse at the box office. Americans have been completely unwilling to see these films while the story plays out on television. But, Body of Lies is completely different. 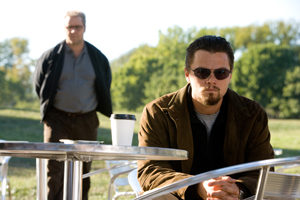 Besides having a trio of talent in Leonardo DiCaprio, Russell Crowe and Ridley Scott directing, the film gets to the heart of any battle. The key is, regardless of the landscape, painting exquisite pictures of the players on the battlefield at home and abroad. That should be central to any film.
Body of Lies achieves that movie Holy Grail and triumphs.

DiCaprio plays Roger Ferris, a CIA operative in the midst of the Middle East where the only contact he has is with his handler, deftly portrayed by a slightly portly Crowe. Crowe’s Ed Hoffman is an ex field agent who is operating his own off-the-charts operations from the comfort of his home or his car driving kids to school. 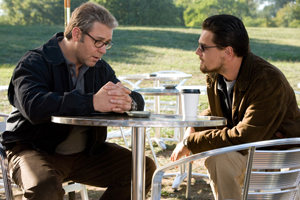 On the other end of that phone is DiCaprio. Whereas Crowe appears to be having the time of his life behind a laptop, DiCaprio is living the worst day of his life…everyday.

It is a unique role for DiCaprio, many will remember Blood Diamond as he is running through desert surroundings, but his Ferris is a much more complicated character. Evidence of his deeper emotional heartstrings is in the relationship forged with an Iranian nurse living in Jordan.

After a breathtakingly executed chase scene (does Scott do anything else?), DiCaprio finds himself in need of medical attention and here enters the beautiful flower in a war-torn desert, actress Golshifteh Farahani.

The heart of the thrills

Aisha, an Iranian nurse, portrayed by Farahani, emits the heart of Body of Lies. The native of Tehran, Iran is a find. Her look pierces the screen. It is easy to see why DiCaprio’s Ferris falls for her. When she and DiCaprio first meet, sparks fly. In a region where such heat can be dangerous, their relationship only complicates the web of deception and geopolitics.
If there is an actor who steals the film it is Mark Strong as Hani. His Jordanian intelligence chief is both friendly and fierce. His relationship with Ferris adds to DiCaprio’s ability to have his character execute his mission while simultaneously providing Crowe’s character fodder for his own personal agenda and thus, the Body of Lies.

DiCaprio and Crowe showed initial greatness in scenes shared in 1993’s The Quick and the Dead. Watching them as matured actors and individuals in Body of Lies is a lesson in movie star acting. Crowe is commanding and throws his character’s weight, literally and figuratively, around thousands of miles away. DiCaprio begins the film as purely his charge, and throughout his Middle East experiences, between his budding friendship with Hani and relationship with Aisha, the actor’s palate of emotions to cull from is immense. 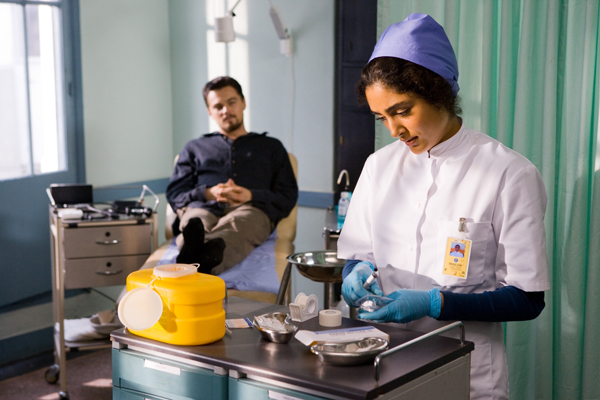 DiCaprio owns Body of Lies. It’s his film. There is a harrowing torture scene that DiCaprio admits was one he would never like to replicate. But it is in that scene that the film comes together on so many fronts. The pivotal scene is so symbolic for the entire film. Emotional, violent, tragic and at the same time, optimistically hopeful, it mirrors our time.

Body of Lies is the perfect film to break the War on Terror aversion at the box office and that is because the War on Terror is not the subject, landscape or theme. It hardly registers on the emotional Richter scale because of the collective talents of all involved. From the book by David Ignatius, screenplay by William Monahan to the flawless directing hand of Ridley Scott, Body of Lies has to jump to the front of the Oscar Best Picture list.

Throw in two Oscar nominees in the making – again – DiCaprio and Crowe, and Body of Lies is a body of work with which all involved should be astoundingly proud.