Nicholas Sparks is the most successful author composing dramatic love stories today and SheKnows is sitting across from the writer in a suite in the Four Seasons Beverly Hills to discuss his latest page to screen project, Nights in Rodanthe. 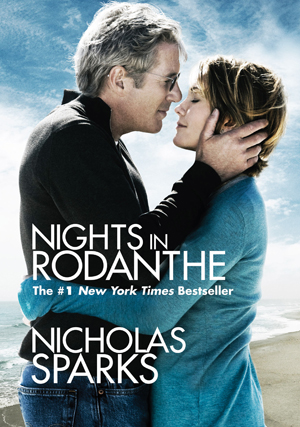 A steady spark of genius

Sparks is the mastermind behind some of the the industry’s best-selling books of all time.
Just a sampling of his work includes The Notebook, Message in a Bottle, At First Sight, A Bend in the Road and A Walk to Remember.

Sparks has the rare distinction of being the only author other than J.K. Rowling who has spent more than a year on both the New York Times hardcover and paperback best-seller lists.

The North Carolina native and father of five’s latest novel, The Lucky One, arrives on shelves in October.

But for right now, Sparks is basking in the glow of the Richard Gere and Diane Lane masterpiece of cinematic love, Nights in Rodanthe, landing in movie theaters September 26.

SheKnows: You’re in a pretty stellar place right now with the movie coming out and a book due in October. I’d like to know what it was like when you sat in the theater with that first movie of yours and it said ‘based on a book by Nicholas Sparks?’

Nicholas Sparks: It was Message in a Bottle. I saw it on the Warner Brothers set three months before it came out. It was pretty bizarre, I’ll tell you that (laughs). It wasn’t so much when I noticed my name going up there as it was when you go through the film and you think, ‘Wow, I chose that job. Wow! I picked that name.’ You go through all those things. That was very fun, the very first time. There’s only one first time (laughs). Obviously I remember it very vividly.

SheKnows: Given the track record Hollywood has had crafting your books into films, you must be proud. These characters are a part of you. The level of actors that have portrayed your characters on screen is stellar. How have you been involved in the casting at all?

Nicholas Sparks: Oh, no. I don’t get involved in casting because, number one, I’m a novelist. Casting sometimes comes down to budget. It comes to timing. They’ll tell me, ‘hey, Paul Newman’s going to be in your movie. Are you OK with that?’ You’re like, ‘duh!’ (laughs). ‘How about Kevin Costner? You good with that?’ Yeah, that’s good too!

SheKnows: That will work.

Nicholas Sparks: That will work (laughs). What about Richard Gere and Diane Lane? Absolutely! You get these people, as you said, that are big names, you can’t be unhappy with that. I’ve learned that it’s worked for me not to get involved. If it ain’t broke, don’t fix it. 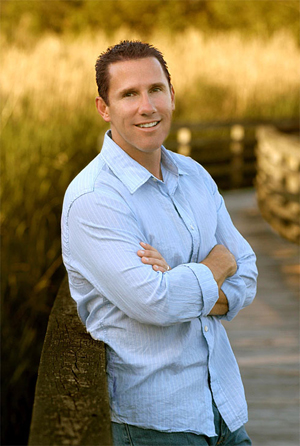 SheKnows: When I read Rodanthe, I see someone like Diane, but of course, not necessarily Diane. Who, initially, did you see playing Adrienne Willis.

Nicholas Sparks: This is Denise (Di Novi, producer) and my third film together. We did Message in a Bottle, A Walk to Remember, and she did Nights in Rodanthe, so I’ve learned to trust her judgment. Actually, when she reads it, she does get the images of actors in her head. As I write, I don’t. I trust her, she’s hasn’t gone wrong yet.

SheKnows: No, not at all. Initially, I’ve spoken with authors who are nervous about the film treatment…

SheKnows: Was there something about Denise that first time you got to know her that you knew right away this was someone who gets you?

Nicholas Sparks: It was, well…boy, that’s going back. I’ve known Denise for eight years. I met her when my kids where nine and now they’re getting ready to go to college. In the beginning I was just drawn to the fact she’s really good at what she does. She’s very honest and genuine person. She’s a good producer. She’s very consciousness. We have a lot in common – married, kids about to go to college, we go to church every Sunday. We’re just similar in a lot of ways. She really gets what I’m trying to accomplish in my books. She understands when I talk about themes.There’s a great comfort level.