There a couple of premieres on tap for tonight. Fox continues its roll out with Kitchen Nightmares. Gordon goes back to the ’80s when he tries to breath new life into a dated, old restaurant in Long Island.

If you like a little more bite in your TV, try Comics Without Borders on Showtime. 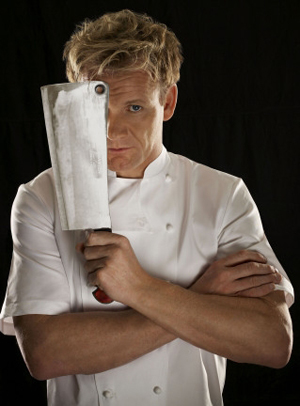 FOX has Hole in the Wall and Kitchen Nightmares.

NBC starts with My Name is Earl, goes to America’s Got Talent and that’s followed by three episodes of The Office and one 30 Rock

The CW has the last repeats of Smallville and Supernatural. Those shows begin anew next week.

Tabatha takes over another salon on Bravo, HGTV has Myles of Style, and TruTV tickets a dozen new Speeders over the course of an hour.

MTV let’s loose with Top Pop Group and as I mentioned (see above) Showtime pulls the wraps off of Comics Without Borders.

TBS has picked up a third season of The Bill Engvall Show
.

The Hills star Lauren Conrad has herself a book deal (I can’t wait!).