When word broke at the end of August 2008 that Stargate Atlantis, one of the shining stars in the Sci-Fi Network galaxy, was being cancelled with its 100th episode, ardent fans weren’t the only ones who were stunned. After all, the show was only in its fifth season, and was more successful than ever. So what’s the story? SheKnows visited the Stargate set in Vancouver, and talked to three of the series regulars as well as the show’s executive producer to find out. 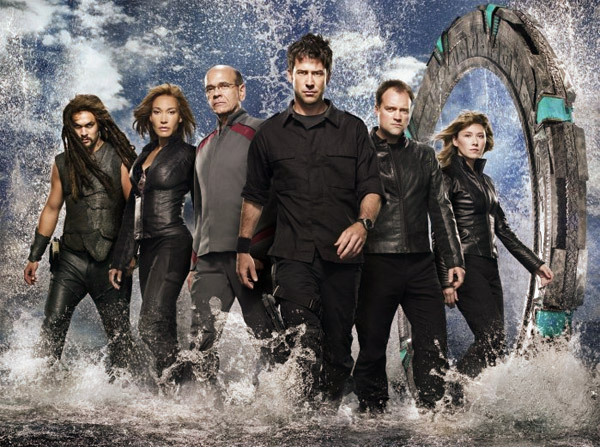 More than a feeling

Stargate Atlantis started its fifth season strongly, with solid ratings and a prestigious award. So why is this popular cable series being released from active duty?

Not surprisingly, the bottom line is money… or lack thereof. Rather than producing a full season of 20 or so episodes each year, the powers that be decided instead to continue the Atlantis storyline with one — and possibly more — made-for-TV movies. (Read more about how Stargate Atlantis will live on in DVD format.)

“Going in [to season 5], I had a feeling that this could be the last season of Atlantis, just because of the economics,” says series showrunner/executive producer/big cheese Joe Mallozzi. “The more years you’re on the air, the more expensive it gets to produce.”

The declining value of the American dollar made it all the worse, and was a real issue because the show is produced in Canada. “When we started the series way back when, it was (US) 65 cents on the (CAN) dollar, and that was great — and now for the last year it was practically even. So that hurt.”

Still… it’s one thing to have a feeling that something might happen, and another beast entirely when it actually does. 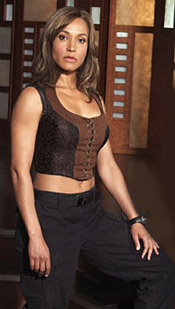 “One one hand, we knew it was a long shot — but on the other hand, the ratings were up and we’d gotten a lot of positive buzz for season five. I think the stories we’ve told this year have been great, so we were kind of hopeful,” Mallozzi says. “Then we got word [of the cancellation]… we went down and told the cast and the crew, and they were understandably bummed.”

“We were all really kind of shocked,” says Rachel Luttrell, the series regular who plays the strong and sensitive Atlantis expedition member Teyla Emmagan. “We all felt pretty confident we were going to at least have one more season, because we were doing very well and we started of the season winning the People’s Choice Awards. So yeah, we were all a little surprised by it.” Still, she well understands that acting is not exactly the most stable of professions. “You never know in this business. You never know.”

“The thing about this industry is that every year you’re up for renewal. Every year there’s the possibility that it may come to an end,” adds David Hewlett, the man behind the adorably arrogant Dr Rodney McKay on both Stargate SG-1 and Stargate Atlantis. “We got notified a little earlier in the year than we expected — normally it would be November or so. So it was a little bit of a shock.”

“I guess it can’t help but affect us mentally — it is kind of a disappointment,” Mallozzi says. “You kind of want to put a positive spin on it, and you do look forward to the movies, which is great. I mean in the old days, if a show was canceled, a show was canceled.”

The writer/producer doesn’t have to go far to find his inner child’s opinion on the matter. “I’m still bummed about Soap. I used to watch Soap as a kid, and they left it on a cliffhanger, and you never find out what happened to those characters. The nice thing about this case is that though we’ve been canceled, at least we can wrap up the story or continue the adventures in movie form.”

“On the day [of the announcement], a lot of people were just very philosophical about it and said, ‘Well, it’s been a great five years,’ and that’s how you really should look at it,” says Mallozzi. “But as time goes on and it begins to sink in, you realize this is it. This is the end [of the series], and so it’s bittersweet. Bitter for the present. Sweet, hopefully, for the future.”

Rough-and-tumble Ronon Dex’s alter ego, actor Jason Momoa, describes his mood much the same way. “I’m little sad to be leaving a family of four years behind… but four years is a long time to play a character. So it’s kind of bittersweet.”

“The reality is that none of us — certainly from an acting standpoint — got into this for a regular job,” Hewlett says. “It’s unusual to have a regular job in the film industry… 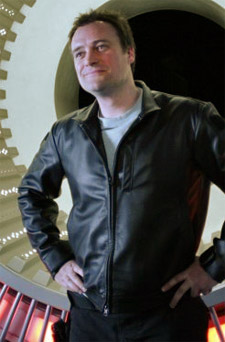 Five years of gainful employment is a rarity in this industry. It’s definitely going to be sad to see that go.”

“It’s sad, because this has become home for a lot of us. It’s a home away from home. There are a lot of people here who have just become an extended family,” says Luttrell. Clearly making an effort to keep the mood upbeat, she continues, “But change is good. Change is life. It’s hard — absolutely — but most of the time when you reflect upon the big changes in your life, you gain some perspective.”

So what’s life on the set like now as the cast completes their last few episodes? “It’s that weird sort of feeling of you’re still at work, but you know it’s done,” says Hewlett. “There’s a weird mix of sadness at the fact that we’ve been doing this for five years, and it’s kind of hard not to get attached.” After a beat, a goofy little grin creeps up onto his face. “But at the same time, there’s a certain amount of ‘Woo hoo! What’s next? Let’s go!'”