Actress Minnie Driver has given birth to her first child. 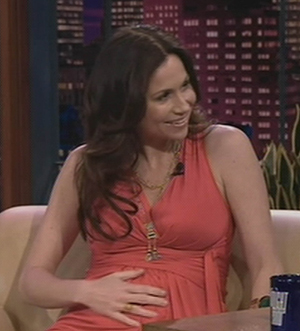 Driver has refused to reveal the identity of the baby’s father. Many assume it is Los Angeles musician Craig Zolezzi, which Driver has denied. All she has revealed is that the man is “sort of in the same business,” and that they have no plans to marry in the “near future.”

In a recent interview, the new mom said she wanted a natural childbirth. “I’m totally the crunchy, Mother Earth-type, and I’m not looking for any type of intervention,” she has said. “So I’m afraid.”

Look for Driver to appear in next year’s flick Motherhood with Uma Thurman.

Tiger Woods and his wife are expecting
Is Angelina Jolie having trouble with the twins?
Charlie Sheen’s going to be a dad again