While Brad Pitt is having guy time with George Clooney at the Venice Film Festival, there’s news that that Angelina Jolie is back in France having a difficult time with the twins (not to mention the other four kids). 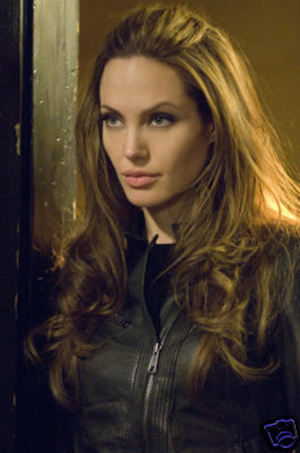 Sources close to the Wantedstar have said there are multiple moments throughout the day where she collapses in exhaustion. No one ever said having six children would be a cakewalk, even with all the help money can buy.

Sources that spoke to Nowmagazine said that the actress’ balancing act is beginning to wear thin.

“She’s in tears up to three times a day and so tired that Brad’s found her collapsed asleep in the bath twice,” says the source close to the couple. “She’s been working around the clock, breast-feeding the babies and trying to get them to sleep. But as soon as one of the drops off, the other wakes up for another feed. She’s also not eating very much right now and blames that on being busy. The doctor that she needs more calories to gain strength and ensure that her breast milk is healthy.”

This is the same story that arose from the Jolie-Pitt camp after the birth of Shiloh. Jolie dropped too many pounds, but over time, brought herself back up to a healthy weight — as evidenced by the twins’ conception.

Here’s hoping Angie gets that much-needed rest, and Brad hurries back from Venice to provide another set of hands!