Californication star David Duchovny brought his small-screen character home with him: the actor is being treated for sex addiction. 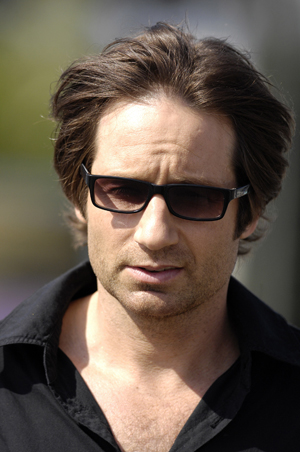 In a statement released through his lawyer, Stanton Stein, David Duchovny says, “I have voluntarily entered a facility for the treatment of sex addiction. I ask for respect and privacy for my wife and children as we deal with this situation as a family.”

Duchovny, the X-Files lead who recently starred in the second X Files flick, has been married to actress Téa Leoni for ten years. They have two children — daughter Madelaine West, 9, and son Kyd, 6.

So what happened? Only Téa and David know for sure, but let’s think back to when Halle Berry was confronted with her former husband’s “sexual addiction.” Basically she caught him cheating and he had to come up with an excuse.