The father of singer and actress Hilary Duff was led out of a courtroom in handcuffs yesterday after a judge ordered him to serve ten days in jail for contempt of court. 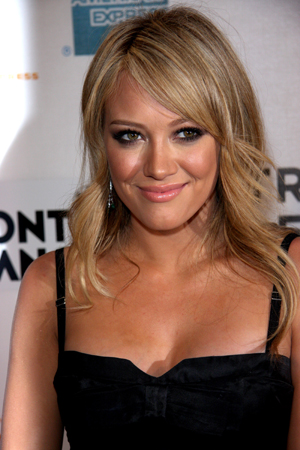 Judge Thomas Stansbury determined that Bob Duff violated a divorce injunction against selling assets without court approval when he dumped $367,537 worth of stocks.

The sale was discovered when Hilary’s mother, Susan Duff, took pop to court seeking an additional $25,000 to pay for Hilary’s 21st birthday extravaganza. Bob currently pays Susan $10,000 a month, which she claims isn’t enough to cover bills. She says Bob can well afford to cough up more cash since he is a millionaire, and that Hilary deserves “to have some kind of recognition for a young life well-lived.”

In addition to his jail sentence, Bob has been ordered to pay $12,500 for the birthday party. As he was led from the courtroom in handcuffs, Susan Duff immediately addressed the press, “This isn’t what I wanted.”

It was unclear if she was referring to the arrest or the fact that she only received half the cash for which she had asked.

An attorney for Bob Duff says his client would post bond an appeal the judge’s decision.