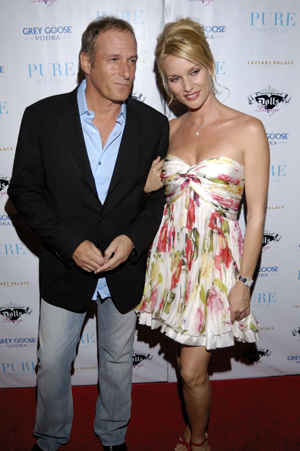 The 55-year-old singer and the 44-year-old actress began dating in 1992, initially. They broke up five years later only to give it another go in 2005.

Sheridan and Bolton were seen all over the world hand-in-hand so it was no surprise when they announced their engagement in 2006.

“Nicollette Sheridan and Michael Bolton have amicably ended their engagement,” says the actress’ publicist, Nicole Perna, in a statement.

“They appreciate your respect for their privacy in this matter.”

Bolton, who’s biggest hit is How Am I Supposed to Live Without You, may find a bit of ironic tinge the next few times he sings that ditty.

Sheridan, on the other hand, is back for another season as the fiery Edie of the ABC hit Desperate Housewives.

Check back next week for SheKnows September 3 interview with the entire cast!