Cue the famous music, Beverly Hills, 90210 is back and SheKnows has the cast’s sentiment as they gear up for their September 2 premiere on the CW.

“It’s surreal and intimidating, I have to pinch myself every day,” says Shenae Grimes, who plays Annie in the CW’s updated 90210. “She’s extremely intimated by Beverly Hills. I think the most fun part of playing Annie is was watching where this journey is going to go with all the peer pressures, man, Hollywood is a crazy world.” 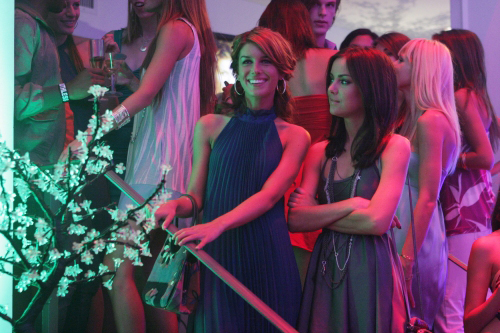 According to AnnaLynne McCord, who plays Naomi, the show’s racier than the original. “It’s sexy and more modern. It deals with what kids are dealing with today,” says McCord. Her character was one any actress would adores sinking her teeth into. “She knows exactly what she wants and knows how to get it doesn’t mind squashing people in a way.” 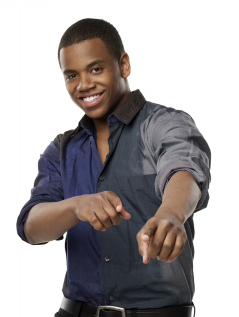 The story follows Harry Wilson (Rob Estes) who has moved his family from Kansas to the famous zip code to take care of his ailing and rich mother while taking the job as the new principal of West Beverly High.

Teenagers Annie and Dixon arrive in 90210 for the perfect fish out of water story that audiences can’t get enough. Along for the ride is Lori Loughlin, who portrays Estes’ wife, to take care of his ailing mother, Tabitha, played by Arrested Development’s matriarch, Jessica Walter.

Loughlin appreciates the challenge of capturing the wonder of Hollywood shared by her character’s children through hers. “She is from Kansas, has never been to Beverly Hills or California and she has never lived this kind of lifestyle,” says Loughlin. “She is experiencing what her kids are going through.”

Walter is eager for audiences to witness this new 90210 with a plot that expands the familial storyline. “It brings three generations together,” Walters said.

The supporting cast includes the insanely-rich kid, Ethan, who is open to friendships with all walks of life (think Dylan), and the West Beverly jock (Ethan) who is dating the most popular girl in school.

Dustin Milligan, who plays Ethan, is ready for the Luke and Brandon comparisons. “He is not kind of a ladies man, he is the ladies man,” says Milligan. “Ethan is the star athlete, naturally dating the star of the school. But there’s infidelity there and trust issues, but there is a deep seeded love there.” 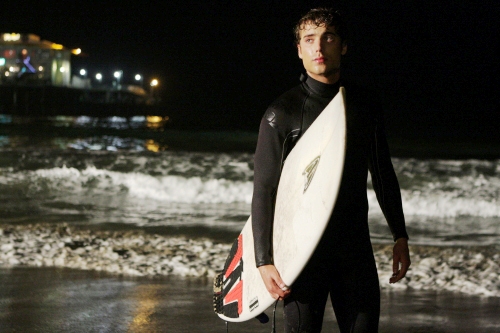 The real buzz on the set surrounds the return of a few veterans from the original 90210 including Shannen Doherty and Jennie Garth. The first to sign on was Garth, who is back to update Kelly Taylor, now a guidance counselor at the school. “I’m so thrilled to be back with this show. It was the first show that showed teenagers dealing with real stuff. Back then, the show was really controversial and cutting edge,” says Garth. “We dealt with serious topics. Times have changed and we’ve going to reflect that on the new show.”

Also back is the Peach Pit and its host, Nat.

“Going back to the Peach Pit is pretty awesome,” adds Dixon. 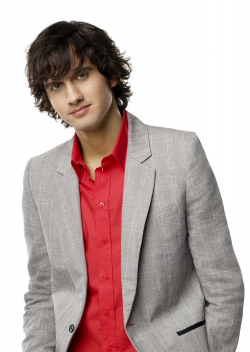 One difference between teens today and in the ’90s, the cast feels, is that growing up today requires more maturity than ever. “Kids today are so much more adult. They deal with very adult issues,” says Michael Steger, who portrays the richest kid in the school who does not judge a soul (think Dylan). “He’s an everyman and friends with everybody. He manages to get invited to every party. He is lucky in that way.”

Ryan Eggold is Ryan Matthews, West Beverly’s literature teacher. “He’s just out of college, so he’s a little closer to these kids’ ages,” Eggold said. “He’s rebellious and carefree. There’s a lot of freedom there for an actor. He’s kind of a lone wolf. On the other hand, he is a really good teacher. They respect him. It makes some interesting relationships.”

Jessica Stroup plays Silver, no relation to original 90210’s David Silver. “I love Silver. As the series goes along you will see that she has been through so much. She doesn’t fit in with one group,” says Stroup. “I love her so much because she is brutally honest because she has been through so much. There are layers to her beyond the typical teenager.”

Millions will tune in to the new 90210 to catch up with old friends. Among them is Jennie Garth’s Kelly, someone Stroup was nervous to work alongside. “I met Jennie Garth, and she’s just…beautiful! She’s beautiful,” says Stroup. “The classic characters, the originals, I’m super excited to work with all of them. I’m a huge fan of the original series.”

Walker puts the new 90210 acting troupe’s emotions in perspective. “In my fifty years in the biz I have never been a part of something that has had this much buzz,” says Walker. A performer with impeccable experience, this actress’ sentiment speaks volumes. “It is just incredible.”