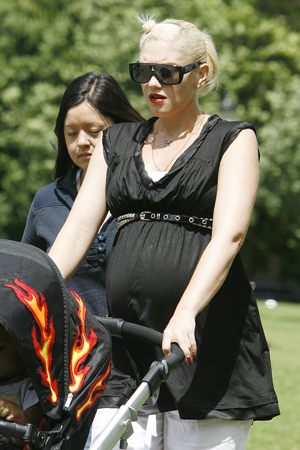 Whether Gwen Stefani gave birth to the child (reportedly a boy) early this morning in Los Angeles was still in question until moments ago.

The singer checked into Cedars-Sinai Medical Center on this August 21 just after dawn and now we know it was to deliver Zuma and welcome him to the world.

An army of photographers are awaiting the first shots, which will most likely go for millions of dollars and not arise out of a front door hospital exit.

Zuma joins older brother Kingston as a pair of the coolest kids in Hollywood. With parents such as Gwen and Gavin, those two will be the envy of their classmates!

Celebrities are having children in droves these past weeks as we keep you on top of all of the breaking baby news!

We’ll keep you posted as the details of little Zuma Nesta Rock Rossdale’s arrival come in. And for the next week or so, we’ll have “Numa Numa” in our heads.