Matt Damon and wife Luciana have welcomed another baby girl to their family. 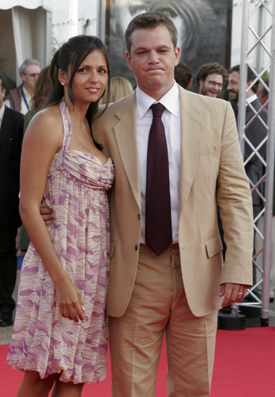 “She is a healthy baby girl.”

The World’s Sexiest Man and his wife already have two daughters: Isabella, two, and Alexia, ten (from Lucy’s previous marriage).

The couple met in 2003 while Matt was filming Stuck On You in Miami where Lucy was a bartender. He has said on multiple occasions he fell in love with her as soon as he laid eyes on her.

Matt recently joked with USA Today about living with so many females, “I’m so outnumbered down here, it’s crazy.”