Actress Christina Applegate says she is now cancer free after undergoing a double mastectomy and plans to undergo reconstructive surgery in the next eight months. 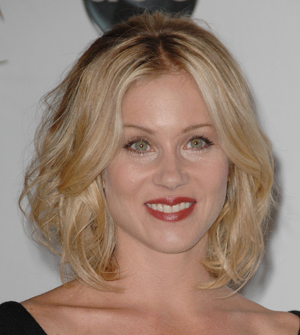 The Samantha Who? star spoke to Good Morning America about her struggle with the disease.

“Sometimes, you know, I cry and sometimes I scream and I get really angry and I get really like, you know, into wallowing in self-pity sometimes,” she said. “And I think that’s, it’s all part of healing, and anyone who’s going through it out there, it’s OK to cry. It’s OK to fall on the ground and just scream if you want to.”

Applegate tested positive for the BRCA1 gene mutation linked to breast and ovarian cancer, and her mother also suffered from the disease. She chose the double mastectomy to prevent a recurrence in the future. “I just wanted to kind of be rid of it,” she said. “So this was the choice I made and it was a tough one.”

“I was so mad,” she told GMA. “I was just shaking and, and then also immediately, I had to go into…’take-care-of-business-mode.’ I asked them, ‘What do I do now? What, what is it that I do? I get a doctor, I get a surgeon, I get an oncologist? What do I do?’ “

Applegate will appear on a one-hour TV special, Stand Up to Cancer, airing on ABC, CBS and NBC on September 5 to raise funds for cancer research.