You be the judge. John Mayer’s a hottie on the music scene, that’s for sure. But if it looks too good to be true, it probably is. Am I right? 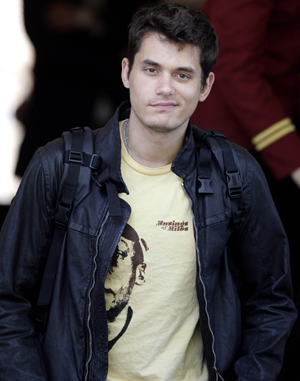 John Mayer has been known to have dated Cameron Diaz, Jessica Simpson, and now Jennifer Aniston. They all go out for a short-lived period of time and then in a Hollywood paparazzi instant, flash!

The UK’s Mirror reported the romance was over and they split up earlier this week after they had mutually decided to spend time apart from one another. Both reps have declined to comment so we’ll comment for them!

We thought they were cute. Another Tinseltown couple bites the dust.

Mayer sings that he:

Song lyrics are so often relevant on multiple occasions!