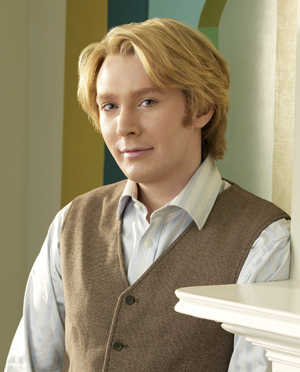 Parker Foster Aiken will be the luckiest baby in the world, because he was born at 8:08 a.m. on August 8, 2008! Talk about good numbers!

He weighed in at six pounds, two ounces and measured 19 inches long. Baby, mommy and Clay are all doing fantastic.

Grandma Faye said Parker does not share his dad’s fiery red tresses; instead he has a mop of dark hair.

As for how dad is doing? He was “smiling from ear to ear,” Faye said.

Jaymes and Clay have been friends for years, since Jaymes worked on several of Clay’s albums. Her brother, legendary music mogul David Foster, confirmed the pregnancy in May.