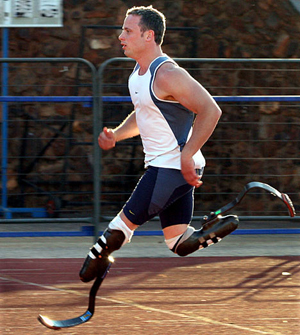 When South Africa’s Olympic team president Leonard Chuene confirmed Oscar Pistorius has “no chance” of competing at next month’s Olympics after the double-amputee sprinter failed to achieve the qualifying time, a dream was dashed.

But, an inspiration remains.

Pistorius, known as “Blade Runner” due to his prosthetic legs, ran a personal best, but finished third at an international meeting in Lucerne, unable to qualify.

His effort is legendary.

Five walking (and running) inspirations to Watch in Beijing 2008:

Weeks before that summer’s U.S. Olympic weightlifting trials, she came down with a herniated disk in her back that sidelined her. So, at 25, she quit weightlifting. 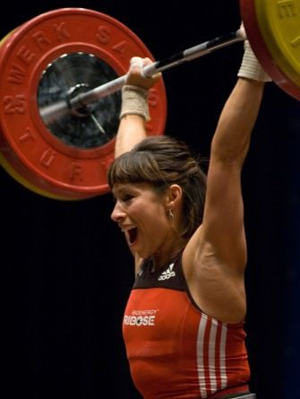 She went to work helping husband Dan get elected to the Washington State House and opened a gymnastic school and had three kids.

In the summer of 2005 she returned to weightlifting, determined to execute a dream she felt was cut short.

She would continue, even in November 2005 when she learned that her son Drew was autistic. Roach says that her son pushed her desire to make the games even more than her own personal drive had ever managed.

Fighting depression and a mourning process of sorts, she entered a peace with her life and now, she’s in Beijing competing for gold.

Becoming the first woman to qualify for the Olympics in three sports left Sheila Taormina close to defaulting on her mortgage.

To witness her triumph in China will be priceless.

Taormina, 39, made history at the beginning of June when she made the U.S. pentathlon team.

Bid deal? Yes, you bet, she’s the first woman to qualify for three different sports at the Olympics and with this final of the three, it is considered one of the more difficult of the games.

In Beijing, she is tackling the pentathlon, an event usually tackled by much younger competitors.

Among pentathlon’s five events are fencing, shooting and show horse jumping. Until three years ago, Taormina had never ridden a horse, touched a gun or held an epee. 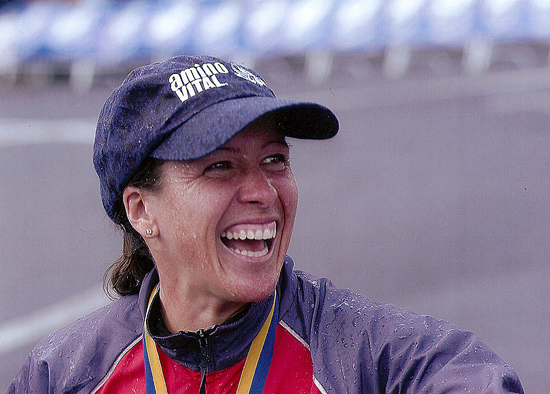 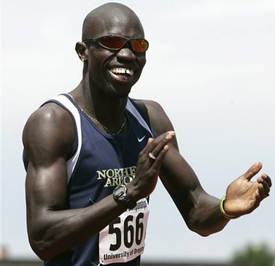 Lopez Lomong spent a decade in Kenyan refugee camp after escaping violence in his native Sudan. He was six years old when his parents were killed and he was kidnapped by militia soldiers.

After arriving in America, the group of boys were called “The Lost Boys.”

Lomong ran the first time to save his life, now he runs for the US Olympic Team and is on his way as a favorite to take a medal at the Olympic Games in 2008.

Eric Shanteau is swimming through sickness

Eric Shanteau learned shortly before the US trials that he had testicular cancer.

He is delaying surgery so he can swim in the 200-meter breaststroke at the games in Beijing.

Shanteau learned the life-altering news a week before the moment he needed to swim his best, but in true inspirational style, he continued, disregarding his cancer until after his athletic dreams are achieved.

Carrie Johnson is an Olympic kayaker who is competing with Crohn’s disease. She has come so far since her diagnosis five years prior.

Johnson was forced to miss the 2003 kayak season due to her being diagnosed with the disease. By the second half of the year, her condition had progressed to where she could train for the 2004 Olympics. 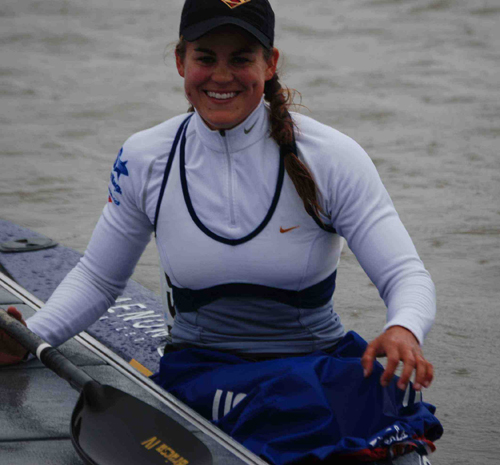 She won a spot on the 2004 team and came in fifth in her race. She is back in Beijing in 2008 and considered one of the favorites to take the gold. Johnson is miles away, literally, from her struggles with Crohn’s Disease as she is galvanized for gold.

Catching up with Carrie Tollefson of the 2008 US team
Celebrate the Olympics with sneakers!
Five fantastic female athletes: Where are they now?