Bob Beamon exemplified the spirit generated by the 1968 Olympic Games in Mexico City. Who could forget the iconic image of Beamon setting a record in the long jump?

The athlete completed the unearthly jump, fell to his knees and was helped up by his competition. When the dust had settled, his record-setting jump was measured at 29 feet 2 ½ inches. 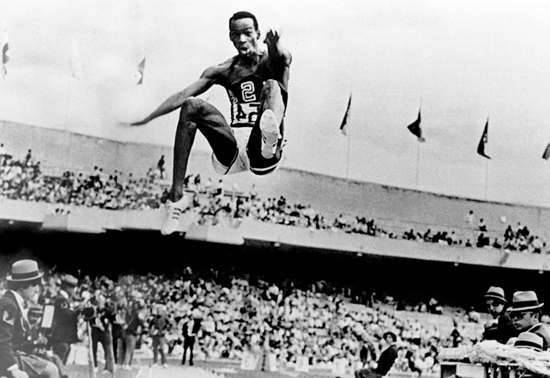 To put Beamon’s accomplishment in context, the event record had been broken 13 times since it was first set in 1901 until Beamon’s 1968 Olympics. Each time the mark increased an average of six inches. Beamon’s record was 55 inches further than the previous record. Beamon’s record breaking jump stood until 1991.

Considering the segragated world Beamon emerged from, his triumph is all that more sweet. Overcoming racism was a common thread for many on the U.S. Olympic team in 1968. It’s black members famously marked their medal victories with a single fist perched high in the air. 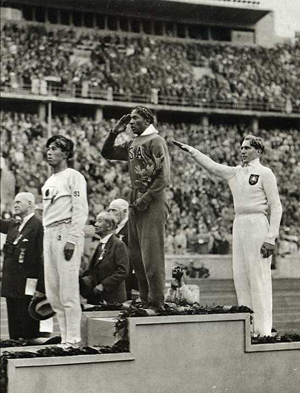 Jesse Owens shocked the Arian Nation when he won four gold medals at the Berlin games right in front its leader, Adolph Hitler.

Owens was the hero of the 1936 Berlin Olympic Games for a country at home that was still racially divided.

He achieved international fame by winning gold medals in each of the following events: the 100 meters, the 200 meters, the long jump, and as part of the 4×100-meter relay team.

Bucking prejudice at home and abroad, Owens let his speed do his talking.

Without saying so much as a word, he made a bold statement for the strength of diversity in the same stadium that would host Hitler rallies launching ethnic cleansing of the Jews.

Up next, number 2 and a slew of number 1s