As Eclipse arrives on screens, SheKnows has created a trivia test beyond compare. Think you know Twilight? Well, think again as our Eclipse inspired quiz tests your Twilight mettle. 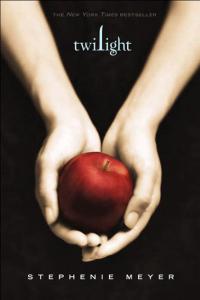 Let’s get to it! The answers are on the final page…good luck.

1. What kind of truck does Bella drive?
2. What color are the walls in Bella’s bedroom?
3. Who teaches Biology at Forks High?
4. Where did Bella first see Edward Cullen?
5. How many people ask Bella to the girl’s choice spring dance? And who?
6. Who has a crush on Mike?
7. What is Edward’s favorite kind of animal to hunt? And Emmett?
8. When is Emmett’s favorite season to hunt for bears?
9. When and where was Edward born?
10. How did Edward die as a human?
11. What is the name of Jacob’s tribe?
12. Jacob Black’s family legend claims that they are descended from what creature?
13. Who are Jacob’s older sisters?
14. What is the name of the Italian restaurant Edward and Bella eat at in Port Angeles?
15. What does Bella order to eat at the restaurant?
16. What kind of car does Rosalie drive?
17. Where and when was Carlisle born?
18. What is Jasper’s special ability?
19. What is the name of Mike’s family’s store?
20. What is Bella’s new favorite gemstone on Edward’s “day of questioning?”
21. What happens to vampires in the sun?
22. What trio of vampires interrupts the Cullen’s baseball game?
23. Where did Alice spend her life as a human?
24. What city does Bella run to trying to escape James?
25. How did James get Bella’s mother’s voice to lure her?
26. Where did James lure Bella to meet him alone?
27. Where does Edward take Bella at the end of Twilight?
28. Who shows up at Bella’s house to take her to prom?
29. What color is Bella’s prom dress? 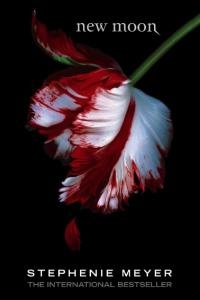 New Moon
30. What is the name of Bella’s grandmother?
31. When is Bella’s birthday?
32. What does Charlie give Bella for her birthday? And Renee?
33. What do the Cullen’s give Bella on her birthday?
34. Which Cullen member attacks Bella on her 18th birthday?
35. What color were Edward’s human eyes?
36. What were Edward’s parents’ names?
37. Where does the other “vegetarian” vampire clan live?
38. Who finds Bella in the forest after Edward breaks up with her?
39. What kind of car is Jacob working on?
40. Who are Jacob’s best friends?
41. Who goes to the movies with Jacob and Bella?
42. What item of clothing does Jacob keep destroying when he transforms?
43. What funeral does Charlie attend?
44. Why does Bella do dangerous things like cliff-diving, riding motorcycles, etc?
45. Where does Carlisle teach when the Cullens leave?
46. Who told Edward that Bella was dead?
47. Which member of the Cullen family comes back to Forks first?
48. What kind of car does Alice steal in Italy?
49. What is the name of the old, powerful vampire family in Italy?
50. Who are the 3 ancient members of the Volturi?
51. What is Jane’s special power?
52. Who votes against Bella becoming a vampire?
53. When did Carlisle say he would turn Bella into a vampire?
54. What is Edward’s condition to change Bella into a vampire himself?

55. What school is Bella planning to “attend” in the fall? 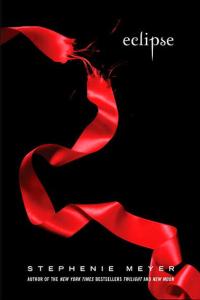 56. What college did Edward apply to for Bella and perhaps help her to get accepted?
57. What is Bella’s astrological sign?
58. What city seems to have a serial killer on the loose?
59. Which board game does Bella watch Edward and Alice play?
60. What does Bella help Angela do in preparation for the upcoming graduation?
61. Who was the first Quileute Spirit Warrior to transform into a wolf?
62. What did Taha Aki’s third wife do to save the tribe from a vampire?
63. Who did Sam date before he imprinted with Emily?
64. What does Edward buy for Bella when she has her “slumber party” with Alice?
65. Which vampire from the Denali clan showed interest in Edward?
66. What was Rosalie’s last name?
67. Why was Rosalie jealous of her best friend Vera?
68. Who was Rosalie engaged to as a human?
69. Where did Jasper live as a human?
70. What war did Jasper fight in and what was his rank?
71. Where did Alice meet Jasper?
In a Philadelphia diner
72. Who gives Bella an outfit to wear for graduation?
73. What color are the graduation gowns for Forks High?
74. Where do Charlie, Bella and most of the other graduates eat after graduation?
75. Who throws a graduation party for Bella?
76. What charm does Jacob give Bella on the bracelet? And Edward?
77. Why is Jacob so furry as a werewolf?
78. Who is second in command of the werewolves?
79. How does Bella break her hand?
80. Who is the blond newborn vampire with Victoria when she goes after Bella?
81. Which wolf fights along with Edward against Victoria and her partner?
82. How does Jacob get hurt during the big battle?
83. What does Jacob call Carlisle when he is treating is injuries?
84. Who shows up after the newborn vampire army is destroyed?
85. Who was the newborn vampire who surrendered to Carlisle?
86. Where did Edward get Bella’s wedding ring?

How did you do? The answers are next…