I’m a 20-year Army wife veteran, and if there’s a critic out there who can nitpick “Army Wives,” a series about military spouses apart, it is me. You can imagine the surprise after sitting down with Katherine Fugate for an interview to find she has it just about right. 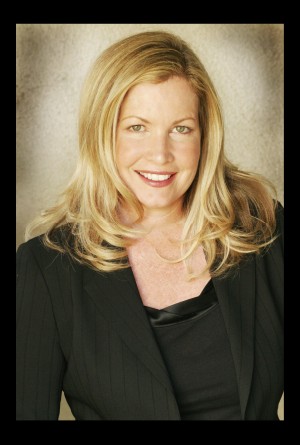 I saw that the new season of “Army Wives” was beginning on Lifetime and thought, “Oh sure. A show about Army
wives from someone who’s never lived it. Yeah, right.”

So I took out my notebook and pen and secluded myself in the guest room for a critique that would have to debunk everything that I just watched. I just knew it.

But that’s not what happened. Sure, I noted some minor technical glitches from the first season of “Army Wives,” but the storylines kept me watching and waiting for the dramatics to unfold. I
didn’t care that a uniform was out of specs, I wanted to know what was going to happen next at Fort Marshall after The Hump Bar was bombed.

As much as I wanted to say, “That would never happen,” or “No way.” Instead, I found myself grabbing a box of tissues and hoping that no one saw me tear up while glued to the TV preparing for
an interview with the show’s executive producer and creator, Katherine Fugate.

Katherine first read the book “Under the Sabers” by Tanya Biank, which is now titled, ‘Army Wives.’ This novel is what gave her the inspiration for the television series on the Lifetime network.

Katherine is not new to writing for TV, and has quite a few feature projects to her name. In fact, she had previously worked on “Xena: Warrior Princess.” To me, there was no doubt in my mind that
this writer knows a thing or two about female empowerment issues (just ask any die-hard Xena fans out there)!

What makes “Army Wives” unique is how Katherine seamlessly weaves that empowerment element into the show, but with a special spin. During our interview, I asked Katherine more about the
inspirational book and how the series all came together.

Katherine Fugate: The book is a non-fiction account of the murders at Fort Bragg, about the series of murders that took place in a six-week period, when four husbands came back and
killed their wives at Fort Bragg over the summer. I read that book and I was struck by what happened. We wanted to create a fictional series and I’m always looking for things that are about
female empowerment, sacrifice and the greater good. I was really moved by the sacrifices that military wives make and I hadn’t really contemplated that before.

America understands and respects our soldiers so much, and there are a lot of shows already out there about the battlefield and the sacrifice, but I don’t think people know how far that
spreads. Mothers are becoming single mothers for two years at a time, and children are growing up in a culture that they didn’t choose. Just like Roxy (Sally Pressman) didn’t choose it
either. She married, fell in love with a man, and really married a whole tradition. That really moved me and I thought that is something we hadn’t seen before. I wanted to make sure everyone
knew the sacrifice is not just on the soldier. 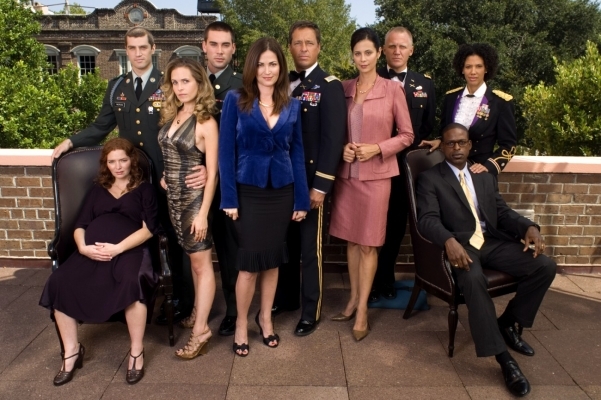 Katherine adds the component of the soldier into the series, but again, with a different and unique perspective. During the first season (in particular, the pilot), viewers caught an eyeful with a
female officer really behaving outrageously. I wasn’t sure if I tuned in some kind of “Bad Girls” television show or if this was a next-door neighbor of mine.

Katherine gave me an inside track about the active duty Army wife, Lieutenant Colonel Joan Burton (Wendy Davis) and how she fit into the series with her first season shenanigans at the Hump Bar.

Katherine Fugate: That relationship wasn’t in the book, and it’s something we added for a more contemporary twist on a soldier, also being an Army wife. I spent a lot
of time with Wendy Davis, who is almost a method actress, and she met a lot of soldiers suffering from Post Traumatic Stress Disorder (PTSD). One thing with PTSD with women and men as well is that
everything is “uber” everything. Excessive sex, excessive gambling, excessive drinking, expensive spending, everything is heightened much like when they were 24/7 on high alert. Many of
the women soldiers had said that they became sexually aggressive because the PTSD brought out these male, animalistic behaviors.

There are more women who are coming back dealing with PTSD than men and we really wanted to show that in the series. Wendy had heard about the sexual aggression and everything being heightened. Her
portrayal was pretty authentic! The Hump Bar is 45 minutes away from Fort Marshall and Joan was trying to re-create that situation that was far away from post. Since that was also the pilot, we had
her interact with other people there that would form the Army Wives group. I ended up going to the Senate and speaking to the Senate Committee Members on PTSD to get more help and awareness to our
soldiers.

So with my eyebrows raised at Joan’s unbecoming behavior, I still nodded my head in agreement with a new understanding of PTSD and its real impact on returning soldiers. I turned the
conversation to other cast members and what I was really interested in knowing is if Katherine had a favorite character?

ON THE NEXT PAGE: Favorite characters, comparisons, and Katherine’s message to “Army Wives” fans