The stars came out Friday to celebrate the 90th birthday of South African statesman Nelson Mandela. 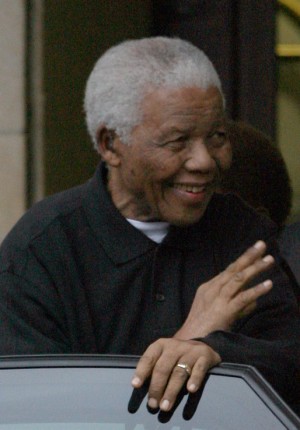 He is the first black President of South Africa and his moniker is equated with the struggle of freedom.

Mandela was instrumental in the ending of Apartheid in the former colony of Britain that sits on the most Southern tip of Africa.

The Nobel Prize winner had organizers donate all proceeds from the concert to his 46664 AIDS charity.

A global icon, Mandela had his birthday fete named for the number he wore while imprisoned for activities connected to his fight against Apartheid.

Will Smith hosted the event as his “Hancock” premiered around the globe.

Bono and The Edge from U2 recorded “Happy Birthday” and presented their song via video during the celebration. SheKnows has got the video, share in its joy: