Outstanding. Outrageously successful. OMG! When it comes to the midas touch and anything starting with the letter ‘O’ few people have the power and larger than life personality than Oprah Winfrey. 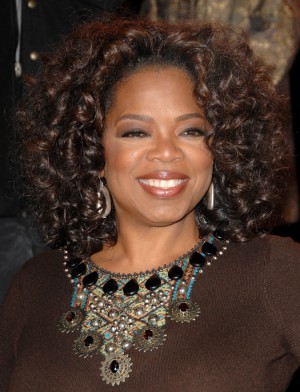 Recently topping the Forbes Top 100 Celebrities list, it’s no surprise the queen of talk has created the ultimate brand. As for the proof, well it’s in her wallet: Forbes records her pay as $270 million in the past year. That’s right, do not adjust your screen. That’s merely her earnings over the past twelve months! Consider this: it all started with a show, but nowadays even the mere mention of making the ‘O’ List can send a company’s sales through the roof.

She’s revitalized book clubs, catapulted little known titles into bestsellers, has her own magazine, and has been involved with movies, too. Her syndicated talk show is an empire, no doubt, but so are the personalities she’s cultivated along the way like Dr. Phil, a HARPO production.

She’s managed to constantly reinvent herself with her quest towards a higher meaning and spirituality, think Eckhart Tolle, or her new vegan diet.

All we know is this: her star power will shine brightly as WeKnow (as in SheKnows, get it?) the fiftysomething megapreneur is firmly entrenched in the A-list power club.