“Hi, I’m Haylie,” says the incredibly sweet and talented Haylie Duff who then shakes my hand as I get my bearings in the lobby of MTV. Yes, I said MTV. SheKnows is behind the scenes of TRL!

Such was my afternoon on Monday, you know a typical day here in Manhattan. I mean, I’ve previously been to their offices to interview a VJ in a colorful conference room but there is nothing quite like going to a live taping of TRL.

Upon my arrival I noticed something very important: security, security, security. After all, when you’re dealing with A-list talent and television, you really shouldn’t mess around. As we finally figure out, yes my name is on the list, I’m shown the entrance as I pass several teens wearing pink shirts in honor of “Legally Blonde: The Search for Elle Woods.” Hooray! 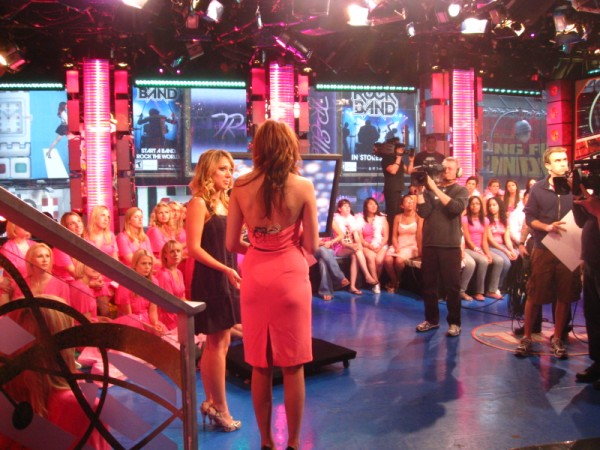 So not only was it a taping of TRL, it was in essence TRElle. After all, what character embodies Elle Woods better than Reese Witherspoon in the flick or Laura Bell Bundy in the Broadway version? She’s smart and fights for what she believes. She’s everyone’s friend. And well, she loves pink!

Duff says, “One of the things that I love about the Elle Woods character is that she let herself be walked on in the beginning and then once she had that realization she turns into a woman that I feel is such a wonderful example of how women should be and is such a good role model especially for girls when we’re in a time when it’s hard to find role models. To bring that character and expand her into this kind of a show where younger people are watching it and continue her story is always special.”

In the heart of music’s Mecca

Here’s the thing with MTV, as we are backstage and talking to everyone, right in the heart of Manhattan, the heartbeat of the music industry, everyone is nice, seriously. After briefly chatting with actor Paul Canaan who serves as one of the show’s judges, it was onto the set! As we watched the crew work incredibly hard and others held cue cards, it was a matter of taking in the sweet moment. Essentially we’re in Times Square overlooking well, billboards across the street for “Legally Blonde The Musical.”

As the cameras start rolling, I’m taking pictures. Lots of them. Watching the audience clap on cue and hearing music piped in during commercial breaks like Fergie and Gwen Stefani, I have two major thoughts: wow, it really is cold in here! And second, it’s a rather small set! 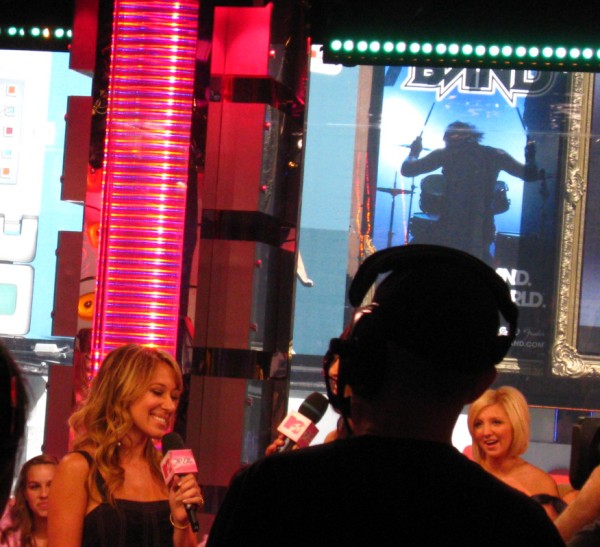 It’s funny how the taping went by incredibly quickly. Or maybe that’s just how time flies when you’re having fun!

That’s just it: the new reality show on MTV on Monday nights at 10 pm is really fun. I’m not just saying that. Can you imagine the pressure of auditioning for a lead role which is actually a competition with other talent? For instance, in one scene the girls are on stationery bikes singing at the top of their lungs. In another they had to dance in heels on cobblestone streets; it’s no surprise landing the lead role takes hard work and talent and doing it for eight shows per week, well that’s a feat in itself!

After taping wrapped, the awesome publicist ensured SheKnows got an exclusive interview with Ms. Duff. So we’re sitting in the green room which interestingly enough isn’t green at all (you could feel the bursts of creative energy in this office with its purple walls, refrigerator with soda and water, and yes right outside the room: the famous photo booth!)

Duff serves as the show’s mentor and is a Broadway performer herself. Having previously starred in “Hairspray” as the role of Amber she explains, “A lot of the things I told them were things like you have to be here for the right reasons. You have to really want this, it can’t be about wanting to be famous. It’s got to really be about the work and all the girls really showed us that. The talent it took to be in this group was just unreal.” 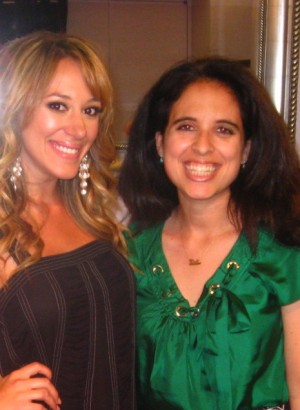 In fact, Haylie can relate to these girls; she made her Broadway debut and had only two weeks to learn the role. She recalls, “During the curtain call of the first show I was like ‘Oh my God, it’s kind of insane what I just did and made it through it!’ I was probably more nervous for my second show than I was for my first one.”
The woman who played her mother in the show approached her and said, “You can do this, there’s no doubt in mind that you’re capable of doing this show. Don’t let what other people think you’re capable of affect what you do on the show. Encouragement from her was probably the best advice I’ve gotten.”

Duff, who serves as executive producer on “Legally Blonde: The Search for Elle Woods,” has written countless songs including “My Super Sweet 16” for MTV, and is currently filming not one but two films, was excited about taking on this project as the show’s mentor and exec producer.

“I ultimately want to direct and produce projects not just for myself but for other people so this is the first baby step in learning how all of that stuff works. I’ve never done anything with Reality TV before and it’s so different from what I’m used to so I got to do a lot from that side, too.”

In the words of the fabulous judge Paul Canaan, “It’s a hit!”

All photos by Vicki Salemi

The SheKnows Haylie Duff in-depth interview
MTV paints NYC pink with the cast of “Legally Blonde The Musical: The Search for the next Elle Woods”
MTV Movie Awards, behind the scenes