Hollywood celebrated its own with the MTV Movie Awards on Sunday and SheKnows was on the gold carpet and gives the inside scoop on who said what about who! 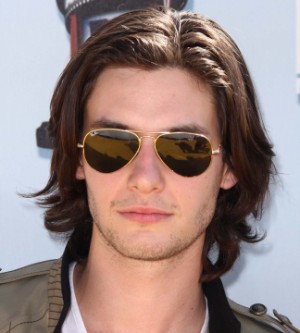 Ben Barnes of “Narnia” fame admitted that he was a little nervous for how audiences would embrace such an iconic character. “I was, it is a legend of a book and I wanted to bring it justice,” he said as the screams drowned him out from behind.

Does that ever get old? “Never, that means they loved the film,” Barnes said. When asked if he was up for the next film, he coyly responded, “Let’s enjoy this one for a while.”

Filming was a demanding process for Barnes. Serving as the titular character had its challenges in serving some role in almost every scene. “That was one of the most challenging things I’ll do,” Barnes said.

“The process was such a magical one, and to see the response from the fans like here,” he said and the crowd behind him screamed. “That is the best part.”

Lindsay Lohan cruised by to the MTV news stage and could not have appeared happier or healthier. “I feel great,” she told MTV Canada as she walked by, and she looked it too. The only shock for this reporter, was that in person, merely two feet away, it was hard to believe this starlet was 21 years-old. Honestly, her childish features are still quite present. 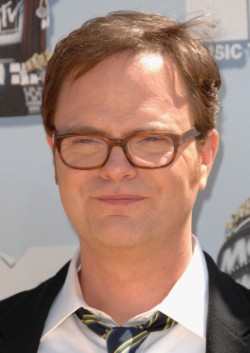 Rainn Wilson arrived early and spoke to SheKnows about “The Office” and the sentiment concerning returning to work after the strike induced layoff.

“It was totally different,” he said. “It had been months.”

For a show that involves improv and timing with other actors, that must have been difficult. “Honestly, when we came back, everyone was so happy to be working. I don’t think I’ve hugged people so much in my life. Boy no one took the show for granted after that, I’ll tell you what.”

Rainn told us “The Office” begins filming the next season in July.

Jennifer Hudson, practically falling out of her dress, and the always stylist Sarah Jessica Parker dashed from their quick photos to the MTV news podium arms length away. Hudson quickly turned and rushed the rows of fans screaming for some “Sex” love behind her.

Charlize Theron looked the super hero heroine showing up to promote her film with Will Smith, “Hancock.” Because of the Universal Studios fires, many of the A-listers barely made it into the theater in time for their part. It was amazing to see how professional she was running down the carpet, stopping for a photo, giving a quick quote to MTV News, rushing inside the theater and moments later…Mike Myers was overheard saying, “ladies and gentlemen the stars of “Hancock,”…

Charlize gets the prize for the coolest cat of the night.