Something old something new, something borrowed something blue. While the sharp storylines with witty dialogue are intact and better than ever in “Sex and the City: The Movie,” audiences are in for yet another treat. 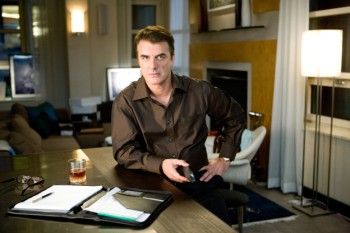 Not only do we see familiar characters like Mr. Big, we’re also introduced to Louise from St. Louis played by Jennifer Hudson. We caught up with something old (Noth’s reprised character) and something new (Hudson’s character as Carrie’s assistant) prior to the release of this summer’s blockbuster.

“It was the best! I still can’t believe I’m a part of it,” says Academy Award-winner Jennifer Hudson. “It’s already established and then you decide to throw little old me in it so I’m honored.” Although Hudson’s pipes are on the soundtrack, her role in “Sex and the City: the Movie” is the first acting role where her character doesn’t sing at all.

“I definitely wanted something without any singing involved and then I didn’t want to pick something that I was biting off more than I can chew so I think this was the perfect part. It wasn’t too much and it wasn’t too little but it was just right to get my feet wet in the door with just acting…and then it’s “Sex and the City!” What else could you ask for?”

Since Hudson wasn’t familiar with the show and hadn’t even seen it before filming, once she got the part she did her homework. As you can imagine she watched countless episodes and simply couldn’t get enough of her SATC fix. “I’m addicted now. I can’t stop watching it. I have the DVD with me everywhere I go. I carry this heavy bag so when you see it, you know “Sex and the City” is in it.” 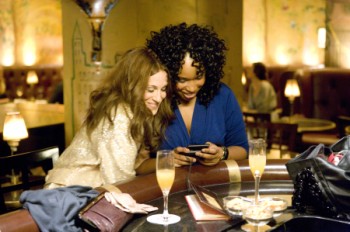 Being the newbie felt comfortable to Hudson even though most of the cast had been working together since ’98.

“They made me feel very welcome. It is like a big family. It’s like sitting around this table with you and all I see is characters and I was like, ‘Oh my God, there’s Miranda!’ But they made feel right at home. I felt like a new baby of the family.”

Noth, on the other hand, slipped back into familiar territory as Big. “Like slipping into silk pajamas, a nice sexy feel,” he says with a smile. Getting back into character was a contrast for him juxtaposed against Detective Mike Logan, his role in “Law and Order: Criminal Intent.”

In fact, during shooting Noth attempted to get onlookers off track since every outdoor scene filmed in Manhattan was flooded by paparazzi, journalists, fans and a lot of people with camera phones. He dishes, “People were just desperate to see what we were doing, it cracked me up. So we had to do a lot of fake endings. And I’d do things like suddenly go by a journalist and say, ‘Yeah it’s too bad that Carrie died!’ I said a lot of things like, ‘It’s all just a dream, isn’t it? It’s so much fun when she wakes up from the nightmare!'” (chuckles) 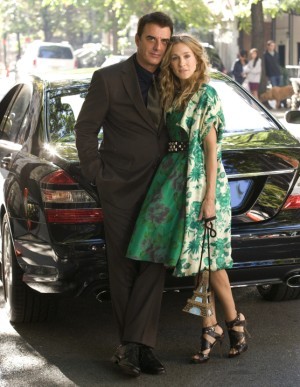 On a more serious note, he was eager to reprise the role of Mr. Big after he read the script. “I start with the basis of reading a script and saying, ‘Wow, I can’t wait. I can’t wait to play that scene.’ That’s where the writing uplifts you and you just go with that flow and try not to get in the way of the words, so to speak, because they’re working for you.

I never really questioned where Mike (Michael Patrick King, the director/writer/producer) was going because I knew it was going to be a fun place. So I don’t really mind that it took that long, actually, because I think it showed the resilience of the show and that we need some adult entertainment without the three X’s.”

Ultimately, Noth says the life of “Sex and the City” has evolved into a life on the big screen, no pun intended.

“It’s done it’s time on TV and I don’t think TV can hold it any more, it’s bigger than that now. It has more depth, it has more character, it has more soul. I shouldn’t say more soul, but it’s a natural transition to a bigger canvas. It has a bigger story to tell now. Grander, deeper…it’s got the veneer of what everybody goes to these days but underneath that there’s some real substance.”

‘Sex and the City: The Movie’ countdown coverage: