Author Stephenie Meyer is set to have a blockbuster year. Considering the success she has had with her “Twilight” book series, it is a sure thing that the events of 2008 will eclipse Meyer’s wildest dreams. 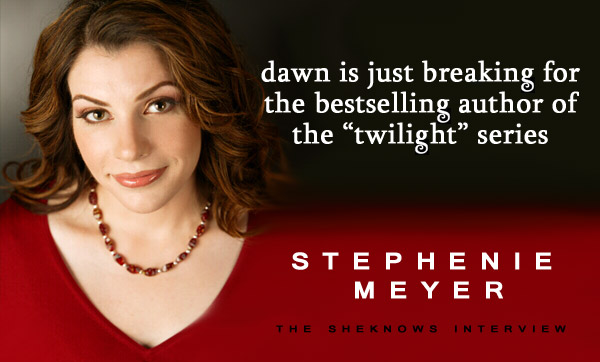 Stephenie Meyer (named after her father Stephen, thus the ‘phen’ in her moniker) was a little-known author when she quietly released a young adult fiction book entitled “Twilight” back in 2005.

Millions of copies later, “Twilight” produced a trilogy, with “New
Moon” and “Eclipse” following. “Twilight” lands in movie theaters in December — not soon enough for the book’s
passionate legion of fans who have been desperately waiting for the story of Edward and Bella to come to life.

On May 13, Meyer released her latest book, the decidedly different and equally compelling “The Host.” This gripping novel is a departure for Meyer, yet her prose still exhibits an unmatched lightning
bolt of imagination. As the plot races towards the finish line — and as she has in her “Twilight” series — Meyer leaves readers guessing until the final page is turned.

“The Host” is from an author who is quickly becoming the most prolific and imaginative fiction mind since another writer who explored vampire culture arrived on the scene: Stephen King.
Although Meyer’s books have struck a chord with young adult readers as opposed to King’s macabre storytelling geared towards adults, Meyer possesses King’s unrelenting mastery of the
thriller.

Meyer spoke with SheKnows about “The Host,” the writing process and the surreal nature of witnessing your imagination manifest through actors in a massive Hollywood set.

SheKnows: I would think that this whole year for you will be truly special, with “The Host” out this month, then the fourth “Twilight” book in the series in August
[“Breaking Dawn“] and finally the film in December.

SheKnows: A few days have passed since “The Host” debuted — how do you feel now that it has been released?

Stephenie Meyer: There have been a lot of really good things that have happened in the last
week. Whenever I have a book come out, I tend to get really nervous (laughs). You just don’t know. You might love it, but someone else might hate it. So far everything for “The
Host” has been really positive and really good news with the bestseller’s lists. It’s very encouraging and gratifying to have people accept it and be so excited about it.

SheKnows: Is that the same way for you with each book? Was it especially different for this book,
because it’s a departure from the “Twilight” series?

Stephenie Meyer: It was a little different — to a certain extent — because I knew I was doing
something that was in many ways,so completely different from what my fans are about. They’re in love with one specific set of characters. On the other hand, this is very similar in my writing
style. It sounds like me (laughs). I have the same focus and I am just hoping people would give it a chance. So, to hear how much people like it has been a little different. With the
“Twilight” books, it was funny — I was really nervous about “New Moon.”

SheKnows: Really, after the success of the first, you had a built in audience?

SheKnows: As you sat down to write “The Host,” was it just you pen and paper so to speak, or was there something different about the road you were about to take?

Stephenie Meyer: It was still just me. The nice thing about when I was writing “The
Host,” I knew this was something I needed to work on because I couldn’t work on (‘Twilight’) book four. I was having a hard time being away from the writing because the
editing is a very different process. You don’t get the same creative outlet from it at all. While those books were already written, I needed something. So, “The Host” is just for
me. I didn’t think about audience. I was just having fun again writing.

A ‘Host’ of emotions

SheKnows: One thing that struck me immediately is the presence of human emotions in “The Host.” It is something that is always part of your writing, but what aspect of
emotion struck you so much you drive the story with it in “The Host?”

SheKnows: They’re so unpredictable — it had to be an explosive story element as a creator.

Stephenie Meyer: It’s really amazing to step back and think… Find out what
Stephenie said on the next page!

ALSO SEE: Test yourself on this “Twilight” book series trivia!