Clay Aiken will be returning to the top spots of the album charts when “On My Way Here” is released May 6. That much is a certainty. The American Idol runner up is ready to get first new material to his fans since his 2003 debut, “Measure of a Man” went twice platinum. 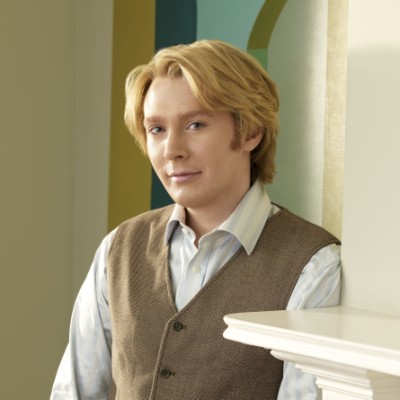 In 2006, Clay Aiken released “A Thousand Different Ways,” a record of songs made famous by other people. “On My Way Here” allows Aiken to get his sound out to an audience that has been hungering for original Aiken in five years.

He walked off of the “American Idol” stage during its second season in 2002 as its runner-up, and set the standard for success outside the top spot on the Fox phenomenon.

Since that famed singing competition made him a household name, Aikenhas transcended pop to not only conquer the charts, but become the king of Christmas touring and an expert in Monty Python’s regal attitudes and had his hair lightened a few shades.

Aiken’s return as pop music performer will have to suffice solely on CD for his fans.

The singer is spending his summer at a North Carolina home he barely knows. This relaxed summer sojourn home is a welcomed one for an artist who has not had a vacation since Ryan Seacrest uttered “You’re ‘American Idol’ is…Ruben Studdard.”

Awaiting a spa treatment in his Manhattan apartment, Aikenhad a few moments to talk as he prepared for his nightly turn on the Broadway stage in “Spamalot.” The title track of his latest finds a man who has found learned lessons the most valuable aspect of adding up birthdays.

SheKnows: You’ve had a few records out since the closest “American Idol” vote in its seven seasons, how are your expectations for “On My Way Here” different as opposed to your Christmas album, cover record or the debut CD? 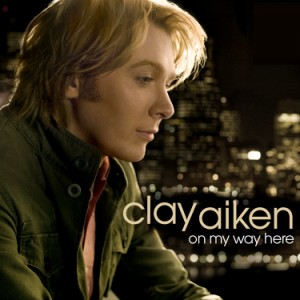 Clay Aiken:I do feel bad saying this, but I’ll admit it anyway. I guess there is an excitement when an album comes out, let me say that. Am I as excited as I was the very first time? No, of course not, the first time you do anything is always more exciting. This time, I have been honestly so busy I’ve had almost no time to think about anything. But you know, every time we get something new in – we just got in the album packaging in – it makes it a little more exciting each time. And when I’m talking to people like yourself about it, that I’ve been able to make a product that is more personal than in the past. That is exciting, you know?

SheKnows:Having people hear this material that you’ve been working so hard on, that part does not change.

Clay Aiken:Oh, no. That’s always thrilling. Even with the last album it was nice because we were mandated to do something that we might not have chosen to do on our own. But I feel we took lemons and made lemonade. (laughs) This time, it’s something that Jaymes Foster and Ryan (Tedder), have thought of as our puppy, our baby from the beginning. It’s very personal.

SheKnows:With this record, having been so long between original material, were there songs that didn’t make the cut that you may revisit later? 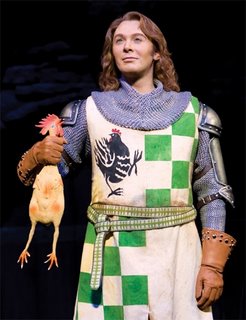 Clay Aiken:That’s a very good idea, as a matter of fact. I had not thought of that, thank you.

Clay Aiken:Hey, don’t ask for credit (laughs). The songs we didn’t put on the record, it might not be a bad idea to give them a shot later on. We actually found “On My Way Here” and it has such a great message — experiences in your life that make you who you are. Things people do, see or know that make them grow up, mature. I love this song so much I wanted to make the whole album talk about this concept. I saw a lot of great songs, but they didn’t fit that feel. I suppose there is a real possibility that they could be used later. There were a few songs that we recorded, but at the end of the day, it wasn’t what we were trying to say. They ended up being dumped.

SheKnows:Heading out into the summer season that is famous for touring, you’re releasing an album May 6, millions of fans want to know — are you hitting the road?

Clay Aiken:We’re not touring actually. I have not had two days off in a row since I don’t know when. I know since September, between the Christmas tour, and then I did a UNICEF trip to Mexico, I came straight from there to New York to do rehearsals for “Spamalot.” I’m in “Spamalot” until May 4 and then I’ll take the fifth off and then from then on we’ll be promoting the new album for a few weeks straight. But after that, I’m going to sit down for a little bit.

SheKnows:Yes, I would think so.

Clay Aiken:I’m going to just sit. To be honest, I haven’t had any time off in the summer in five years. There was the ‘Idol’ tour, and then I toured on my own the next two years straight. The three years after that I have been steadily on the road during the summer. I’m interested in seeing what North Carolina’s like during the summer. I’ve forgotten.

SheKnows:Of your foray into Broadway — how did the experience of doing eight shows a week help you in your mind as far as your future as a musician? Is there anything you learned about yourself?

Clay Aiken:There’s the fact I learned I could do more than I thought I could. Without question, it’s been an experience to push me to do things I don’t know how to do. It’s six to one, half-dozen to another when it comes to the schedule of a Broadway tour versus a tour. With a Broadway show, you obviously are doing the same thing eight times a week, every night of the week and twice on the weekends. There’s no stress and the process is always the same. The benefit to it versus tour is I’m in the same place every night. I don’t have to change cities. I get to sleep in a bed every night. There’s no pressure on me so much to make the show. “Spamalot” is not on my shoulders. On tour, the show’s all me. My name’s on the ticket. But, with touring, it’s only four or five shows a week.

SheKnows:What’s it been like for the Southern gentleman in New York City?

Clay Aiken:I didn’t think I would like it as much as I have. Every situation has its pros and cons. I miss hearing birds. I miss having a place for my dogs to run. I ended up having to send them home because they’ve grown up with yards. They didn’t understand the concrete jungle. At the same time, when I get home this summer in North Carolina, I have no doubt in my mind that I will miss the fact the grocery store is open all night literally five steps away from my apartment.

Clay Aiken: I will miss that. I just went to get lunch. Literally it was five minutes there and back — pros and cons. Yet, I’ve got my house that I’ve lived in for two years and I’ve never spent a summer in it. I’ve never had that privilege. Yes, it will be nice to sit on the patio in the backyard. I’m going to get to spend time being at home!

More about Clay Aiken at SheKnows!