That is the report swirling across the news wires this Wednesday evening. Nick Cannon, fresh from a breakup with his fiance, clearly wasted no time in putting that ring on Mariah Carey. 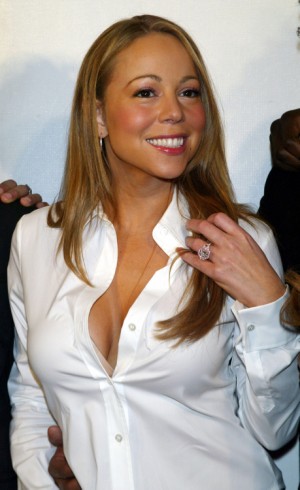 Nick Cannon, actor, singer and all-around star, apparently popped the question last weekend and the news shot through the world when Mariah Carey and him paraded down the Tribeca film Festival red carpet for her film, “Tennessee.”

It was difficult to miss the rock on Carey’s finger.

Carey has only recently been linked to Mark Sudack, a music executive. Prior to Sudack, her dating record was pretty sketchy as she managed to avoid getting photographed with anyone in particular except for Mr. Yankee – Derek Jeter.

Prior to her Jeter affair, Carey was married to record label honcho Tommy Mottola. Their marriage ended in a divorce that included allegations of emotional abuse and abandonment.

He is probably best known for his MTV series “Wild N’ Out” and his role in “Drumline.”

These two are going to make some sweet music together!