In the days before DVDs, before videotape — heck, even before many of us had color TV — plain ol’ live television was a big deal. Here’s a look at a few videos from some of the most memorable (if not truly the best) TV shows from the Gen Xers’ childhood years. 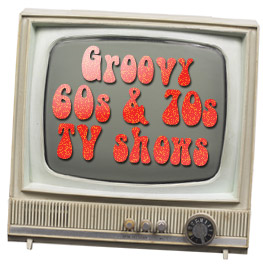 Back in the sixties and seventies, the TV had no competition from goodies like DVDs, the web, YouTube, on-demand downloads, video games or cell phones. There was also admittedly very little in the way of competition in what was broadcast on TV — at least compared with the hundreds of cable channels available today.

All you needed in order to watch along with the rest of the country was a crappy TV with rabbit ears. But there was no scheduling flexibility. For example, the annual Christmastime broadcast of “The Wizard of Oz” was a true event — and if you missed it… well, try again next year.

Those tech-less days are now long gone, and our kids will have an incredibly easy time waxing nostalgic about the Teletubbies and Hannah Montana in 30 years from now.

But right now, it’s your turn to do a little reminiscing! Come along and relive a little part of your youth with us — because this, my friends, is what the Internet is really for.