Carrie Bradshaw has been in our hearts since she sang a swan song on the season finale of “Sex and the City.” The most talked about film of the summer arrives in theaters May 30 — and here’s a little preview of things to come at SheKnows.

“Sex and the City: The Movie” remains six weeks away from our grasp, but SheKnows has your inside scoop to keep you informed as the big premiere day gets closer.

To tease as only we can, the first of three stills, all featuring star, Sarah Jessica Parker. Photos from the set and the film will arrive over the next few weeks.

Make sure you check back with SheKnows frequently between now and the May 30 premiere to get the “Big”-est coverage of all the Carrie cinematic craziness.

The girls take in a show 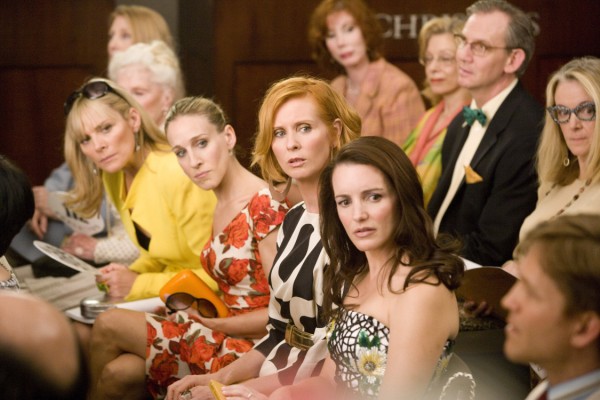 On the next page, Carrie grabs the phone for an urgent call…