Beyonce and Jay Z have made it official. Music’s most famous couple tied the knot in a quiet New York ceremony late Friday.

The ceremony that the worldwide press was searching for turned out to occur in Jay Z’s own penthouse home. With just a few friends and close family, the mogul and his muse walked down the aisle Saturday and they were married.

As SheKnows previously reported this week, Jay Z and Beyonce had taken out a marriage license which is valid in the state of New York for 60 days.

We’re thrilled they wasted no time.

New York press were salivating at the story of the season in that city. Who would be in attendance? Where will it be?

Looks like the couple that is the coolest managed to fool them all — a rare feat indeed. By marrying at Jay’s pad with its view of Manhattan, Beyonce managed to have her big day without the circus it could have been. But, before long, helicopters circled and the celebrity-studded party was captured. In attendance was Beyonce’s Destiny Child cohorts as well as Gwyneth Paltrow and Chris Martin, just to name a few.

Visit SheKnows as the photos from the soiree come in…until then, here’s Jay’s mom arriving for her son’s big day. 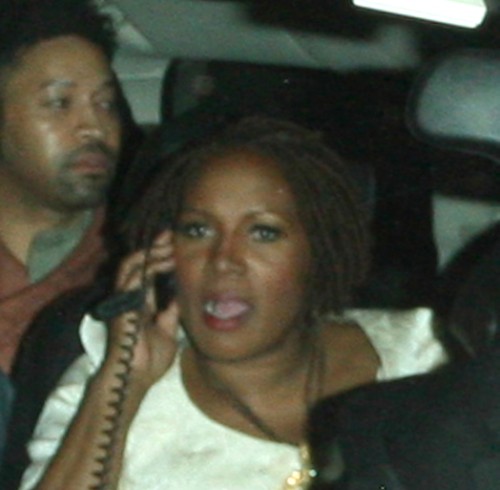