The ultimate tear-jerker has the ultimate mom-daughter combination. Terms of Endearment stars Debra Winger and Shirley MacLaine — who won an Oscar for her role — paint a picture of family hope, sorrow and laughter. After a few decades, this film still has the power it did upon first viewing, thanks to the fantastic directing of James L Brooks. 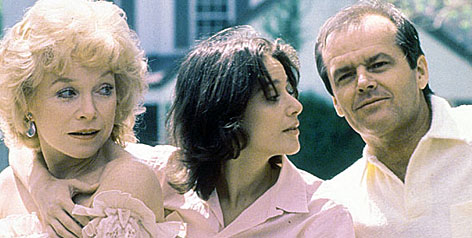 When Shirley’s character adopts Debra’s children at the end of the film, there is no other moment in movie mom history that leaves audiences with more of a feeling of finishing a film and calling mom.

Terms of Endearment took home 1983’s Best Picture and also nabbed an Oscar for Jack Nicholson as the playboy astronaut next door who steals Shirley’s heart. To this day, the scene of Jack and Shirley spinning around the beach in his Corvette is nothing but pure joy.

Up next, Sandra Bullock follows The Blind Side.